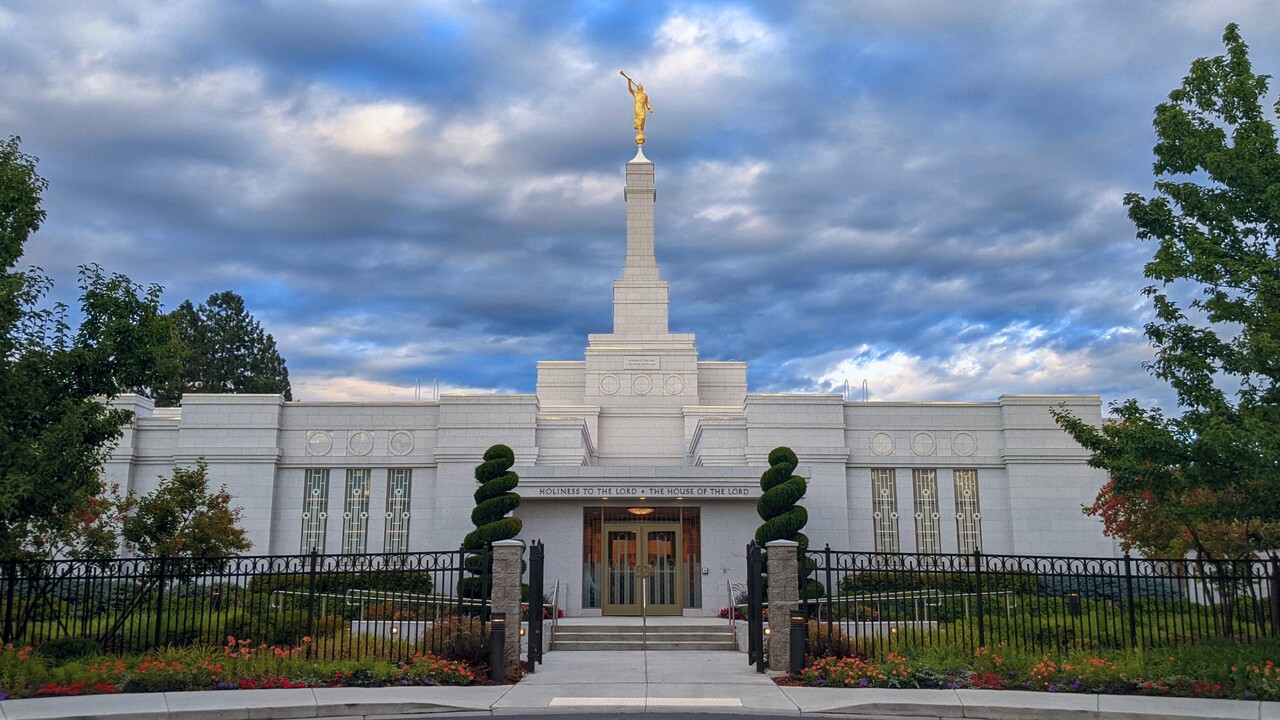 Brother Rush Hashid, a truck driver from Albuquerque, New Mexico, transported the statue of the angel Moroni, the oxen, and baptismal font to the temple site in April 1999. He had not been aware, however, of the nature of his cargo until he arrived. Temple historian Mark Bickley, records: "Brother Hashie was so overcome with emotion when he learned what his cargo was that he went to the grove of trees just east of the temple and cried."1

In March 2009, nearly a decade after its dedication, the Spokane Washington Temple received a new angel Moroni statue atop its spire. Instead of facing east as the original statue did, this statue was positioned facing west—the same orientation as the temple.