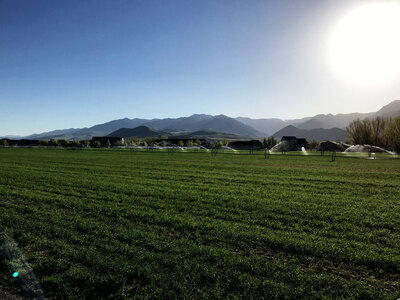 A 13.3-acre tract of farm land located next to a meetinghouse in the Smithfield Utah North Stake at the intersection of N 800 West and W 100 North (Highway 218) has been announced as the location for the Smithfield Utah Temple. Plans call for a three-story building of approximately 81,000 square feet. It will be second temple in Cache Valley, joining the 137-year-old Logan Utah Temple. No date has been announced for the groundbreaking, and no temple rendering has been revealed.