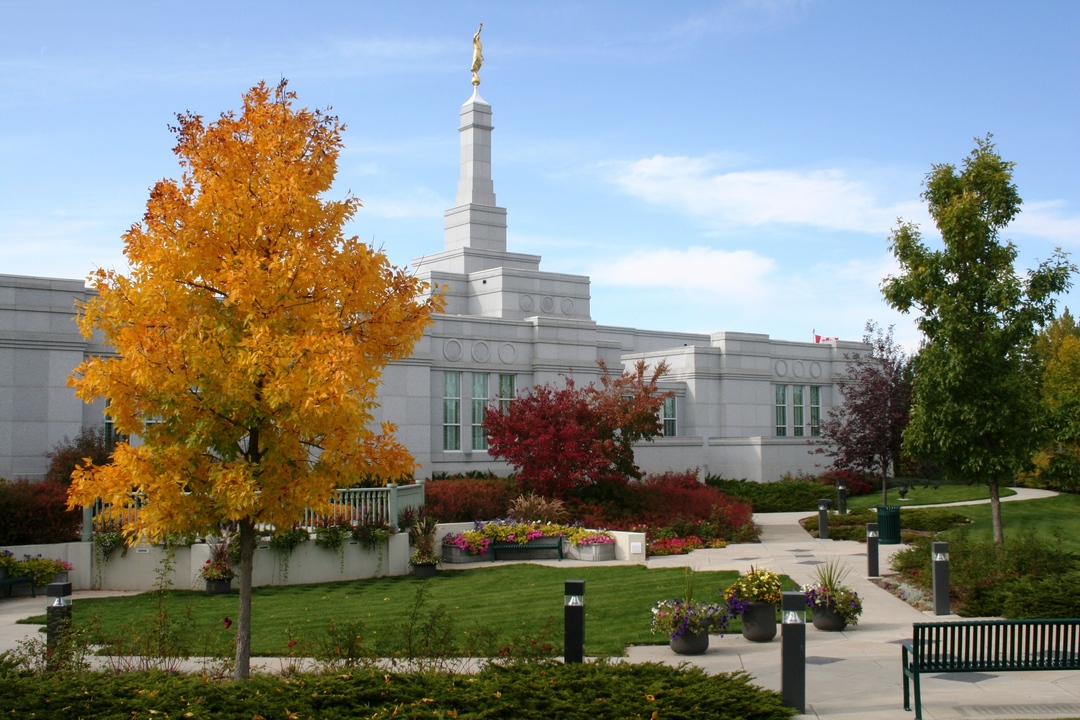 At the dedication, Donna McKay, wife of Prince Albert Saskatchewan Branch President Duane McKay, commented on the relatively mild weather for the time of year in that part of Canada: "They've been predicting storms for two weeks. You know the Lord's hand is in this. November is well-known for freezing rain. We've been very fortunate in traveling to get here." Prince Albert is a four-hour drive to Regina.

Many other families drove hundreds of miles for the event. The Province of Saskatchewan, a 252,000-square mile area in central Canada, has a population of 1 million of whom about 4,500 are Church members. Margaret Johnson of Flin Flon Branch, Saskatoon Saskatchewan Stake, who will turn 89 on Christmas Day, rode with members for seven hours to the dedication. She couldn't seem to stop smiling as she was assisted to the vehicle that would take her home.

The week between the open house and dedication, crews worked around the clock to finish the temple exterior and grounds landscaping. Due to delays caused by a truckers' strike, necessary materials did not arrive until a few days before deadlines. Granite facing was being set 24-hours a day right up to the night before the dedication. At 8:00 AM the day before the dedication, a combined group of more than 100 missionaries, youth and adult members laid 18,000 square feet of sod, planted trees, and raised the granite sign in front of the temple. He added that a Canada Winnipeg Mission tri-zone conference was canceled that Saturday morning so that 60 missionaries could assist in the sod laying. Despite the rush, results were impressive.

"It's so majestic," said Dan Morse of Regina 2nd Ward, one of Regina's first converts, as he stood outside the beautiful granite walls. No one, he said, suspected a temple would be built in their city. "Never, never, never," he said. "The whole province has only a million people. At the groundbreaking, I saw some ground turned over, and still couldn't believe it; not until I was in the celestial room when there was plasterboard up when the temple was being constructed could I believe it." Brother Morse served on the local temple committee. He was in attendance when President Hinckley and President Packer visited Regina in August of 1998. Later, President Packer commented on that visit, saying, "We were greatly impressed with the reverence and dedication of the people."1