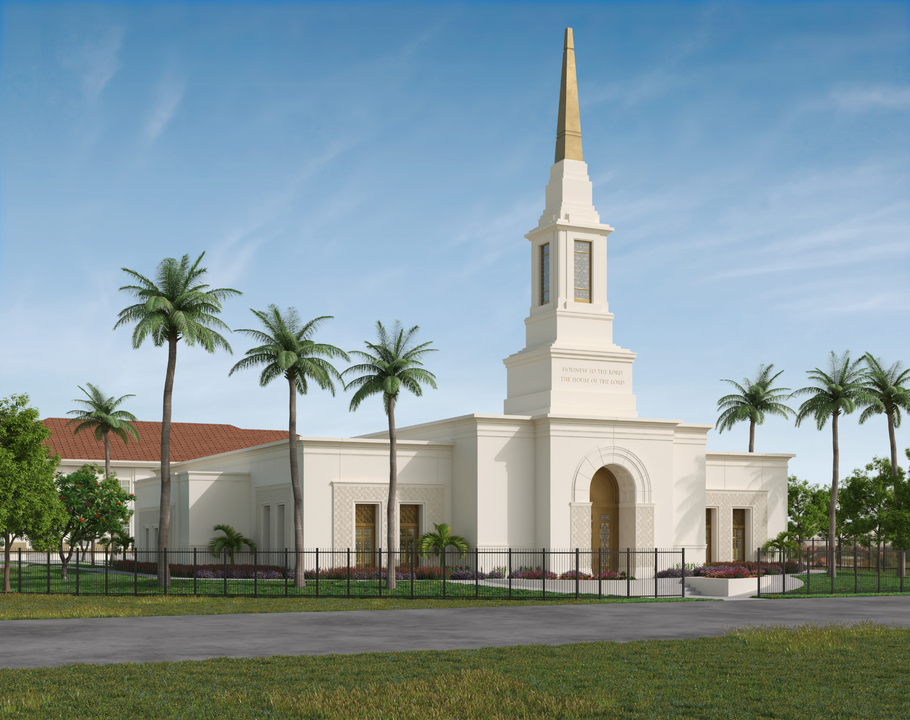 The Port Vila Vanuatu Temple is currently in the planning stages. Project leaders are working with local government officials on preliminary plans and approvals. No groundbreaking date has been announced.

Plans for the Port Vila Vanuatu Temple call for a single-story building of approximately 10,000 square feet with a single spire. An ancillary building will also be constructed, which will include an arrival center, patron housing, and a distribution center.

On May 19, 2021, an official exterior rendering was released for the Port Vila Vanuatu Temple.

On May 19, 2021, the location of the Port Vila Vanuatu Temple was announced as a 1.62-acre site located at Blacksands Crossroads on the site of the Blacksands meetinghouse in Port Vila, Vanuatu, near the Port Vila International Airport.1

On October 4, 2020, President Russell M. Nelson announced plans to construct a temple in Port Vila, Vanuatu. The Pacific nation is made up of roughly 80 islands spanning a distancing of 800 miles (1,300 kilometers). Port Vila, located on the island of Efate, is the country's capital and economic center. There are more than 10,000 Latter-day Saints in Vanuatu organized into one stake and three districts. Missionary work began in 1975, shortly after several Latter-day Saint families moved from Tonga to Vanuatu in the early 1970s.2

The Port Vila Vanuatu Temple will be the first temple built in Vanuatu and the third built in Melanesia, following the Suva Fiji Temple (2000) and the Port Moresby Papua New Guinea Temple (announced).

"For behold, I have accepted this house, and my name shall be here; and I will manifest myself to my people in mercy in this house."
—Doctrine & Covenants 110:7