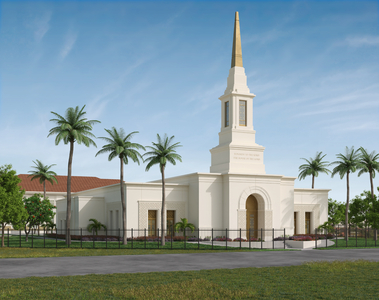 The Port Vila Vanuatu Temple will be erected on the 1.62-acre site where the Blacksands meetinghouse currently stands at Blacksands Crossroads near the Port Vila International Airport. Plans call for a single-story building of approximately 10,000 square feet with a single spire. An ancillary building will also be constructed, which will include an arrival center, patron housing, and a distribution center. No groundbreaking date has been set.