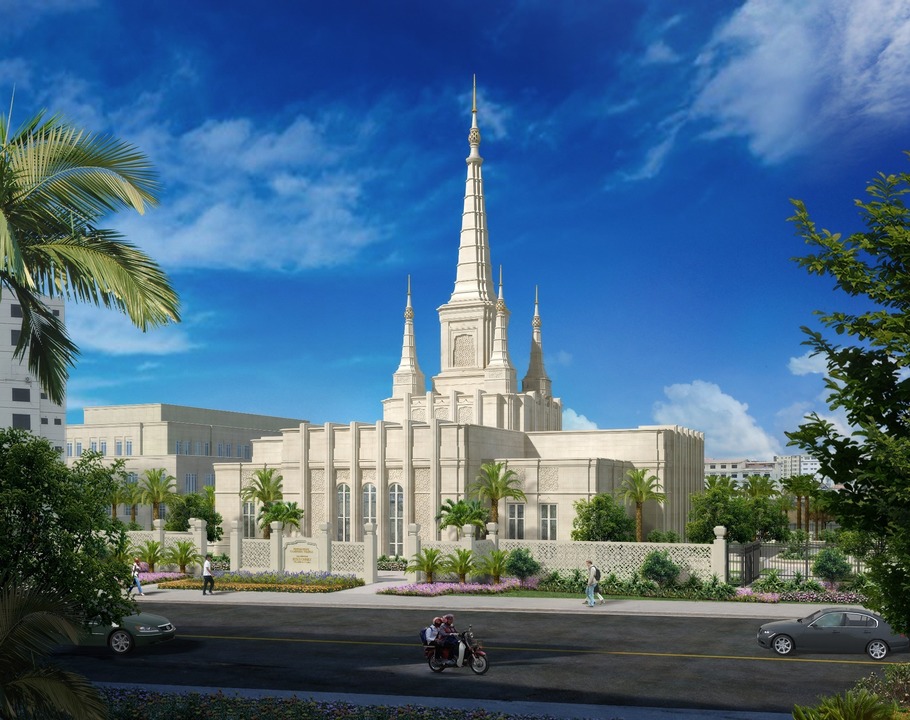 The Phnom Penh Cambodia Temple is currently in the planning and approval stages. No groundbreaking date has been announced.

On November 19, 2019, President Russell M. Nelson unveiled the official rendering of the Phnom Penh Cambodia Temple to a gathering of Church members in Phnom Penh's Premier Centre Sen Sok. It was his first visit to the country, which came as part of a ministry trip with Elder D. Todd Christofferson of the Quorum of the Twelve Apostles to several countries of Southeast Asia including Vietnam, Cambodia, Singapore, and Indonesia.

On October 7, 2018, President Russell M. Nelson announced the first temple to be constructed in the nation of Cambodia. The Phnom Penh Cambodia Temple will make temple ordinances accessible to the over 14,600 Latter-day Saints of Cambodia for whom travel to the Hong Kong China Temple is largely prohibitive. The population of Cambodia is over 16 million.2

The Phnom Penh Cambodia Temple will be the first temple built in Cambodia and the second built in mainland Southeast Asia, following the Bangkok Thailand Temple (under construction).

"Just as our Redeemer gave His life as a vicarious sacrifice for all men, and in so doing became our Savior, even so we, in a small measure, when we engage in proxy work in the temple, become as saviors to those on the other side."
—Gordon B. Hinckley