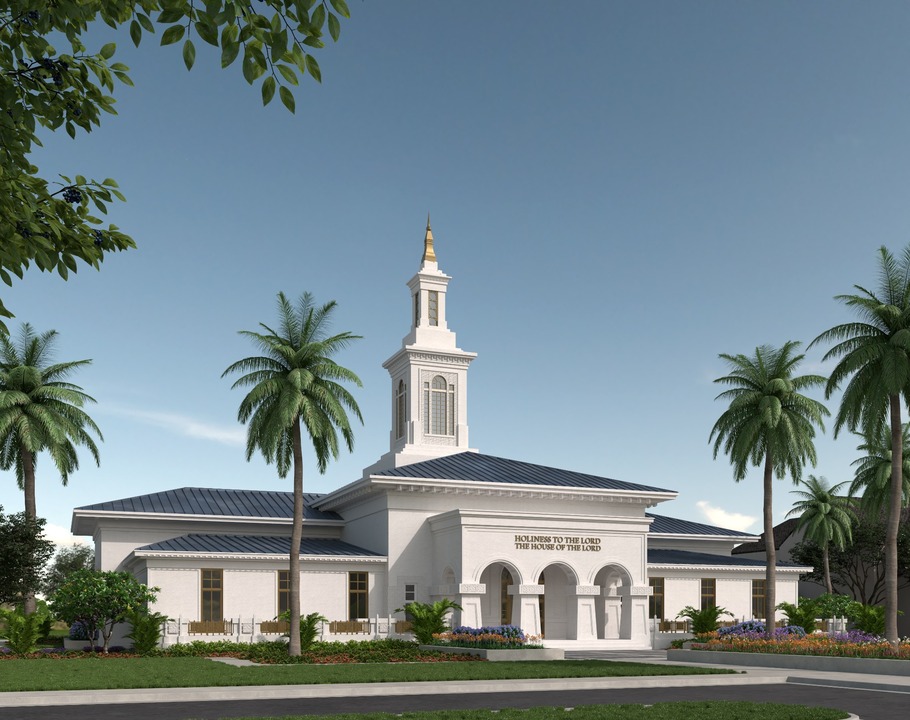 On Saturday, October 9, 2021, Church leaders and invited guests will break ground for the Pago Pago American Samoa Temple. The 17,000-square-foot, single-story temple will be built on Ottoville Road next to the stake center for the Pago Pago Samoa Central Stake in Tafuna, American Samoa. The project will also include housing for the temple president, matron, and temple missionaries and a distribution center. The temple will be the first in the territory of American Samoa and the second in the Samoan Islands, joining the Apia Samoa Temple.

The Pago Pago American Samoa Temple will be a single-story building of nearly 17,000 square feet. A distribution center will be constructed on site in addition to housing for the temple president and matron and for temple missionaries.

On August 14, 2020, the official rendering of the Pago Pago American Samoa Temple was released.

On August 14, 2020, the location of the Pago Pago American Samoa Temple was announced. The temple will be constructed on Ottoville Road on the site of the Pago Pago Samoa Central Stake Center in the village of Tafuna.1

On October 15, 1977, the First Presidency announced that a regional temple would be constructed in American Samoa to serve the 50,000 Saints scattered across the islands of Samoa, Tonga, French Polynesia, and Fiji. At the time, members had to cross the Pacific Ocean for hundreds of miles to attend services in the Hamilton New Zealand Temple. The Tahitian Saints, who lived the farthest from the temple, devotedly traveled 2,500 miles to receive temple blessings.

The Samoan Islands are divided between the independent nation of Samoa and the United States territory of American Samoa. In 1977, the population was about 180,000 in Samoa and about 30,000 in American Samoa where the $1.5 million temple would be constructed. A groundbreaking ceremony was anticipated to take place in late 1978 with completion of the temple in 1980.2

The specific site chosen for the Samoa Temple was in Malaeimi Valley on Tutila Island near the village of Pago Pago, American Samoa, adjacent to a newly completed stake center. Its location on a bus-serviced road from the international airport would make it easily accessible to the many members who would be traveling to the temple by air. The picturesque setting at the base of a lush natural hill would be visible from the ocean.

Church architect Emil B. Fetzer said, "We expect [the temple] to be one of the finest, if not the finest, building on the island as far as workmanship, design and materials are concerned." Plans called for a 20,000-square-foot temple, which would house a baptistry, a 100-seat ordinance room, four sealing rooms, and a circular Celestial Room featuring stained glass and crowned by a round roof and single spire. The grounds would be extensively landscaped including a water feature and reflecting pool.3 The one-story building was designed so that a future addition could double the temple's capacity. It was to be constructed using local materials including lava rock and the fine hardwoods available in the area. The high ground would protect the temple against flooding, and the soundproofed temple roof would function "as a giant umbrella for drainage efficiency," said Brother Fetzer.4 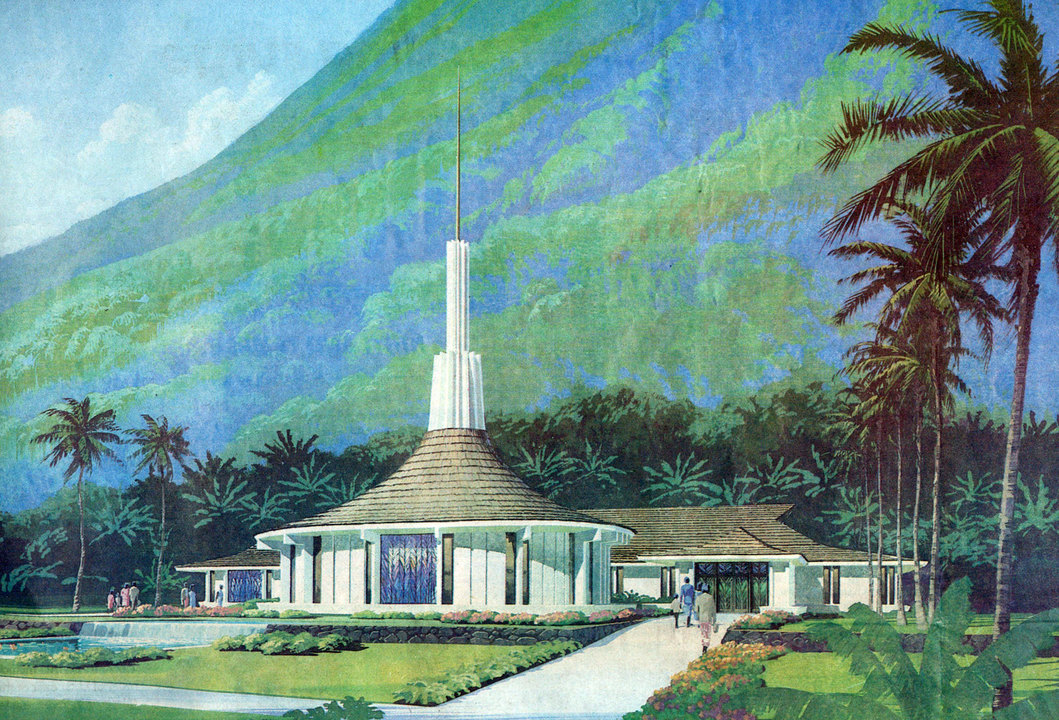 Original Design for the Samoa Temple

On April 2, 1980, a landmark announcement by the First Presidency of plans for seven new temples for seven different nations were accompanied by a location and design change for the Samoa Temple. At a press conference, President Spencer W. Kimball said, "The Pago Pago location was selected on the basis of convenience for air travelers from other islands. Since there will be two other temples in the South Pacific islands, the Samoa site was altered to be more convenient to Samoan members. Its design will also conform to those included in this announcement." With additional annoucements for Nuku'alofa, Tonga, and Papeete, Tahiti, the location of the Samoa Temple was moved from Pago Pago, American Samoa, to Apia, Samoa. The design and size were altered to conform to a new 12,500-square-foot standard design. The location change placed the temple on the island where the vast majority of Samoan members reside.5

On April 7, 2019, the dream of having a temple in American Samoa was restored when President Russell M. Nelson announced the Pago Pago American Samoa Temple at the 189th Annual General Conference. The population of American Samoa had grown to 56,000 people including 16,390 members of the Church organized into five stakes. The territory has one of the highest percentages of Latter-day Saints in the world.6