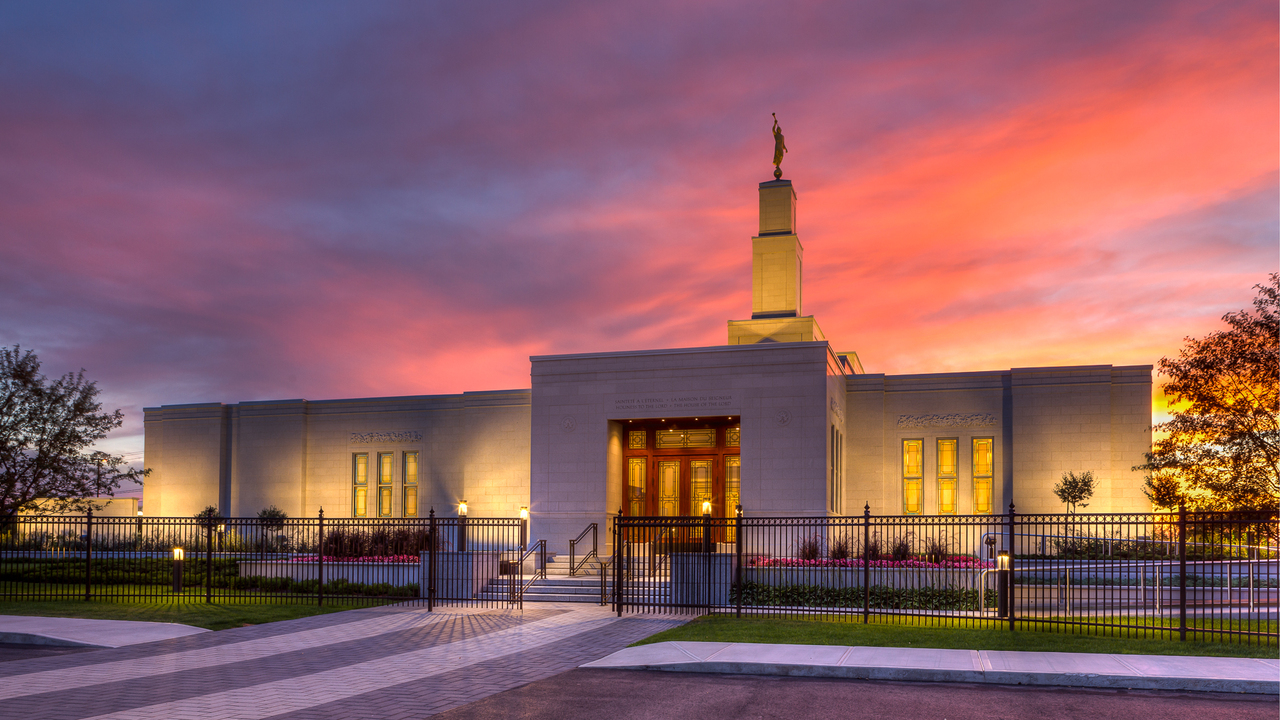 The Montreal Quebec Temple was the sixth temple built in Canada and the first built in Quebec.

The Montreal Quebec Temple was dedicated on the same day as the San José Costa Rica Temple.

On Monday, June 2, 2014, the Montreal Quebec Temple closed for a complete renovation of the interior and exterior. The structure was reinforced, replacing the original wood framing with reinforced concrete and steel. Major repairs were carried out including remediation of a mold problem. In addition, the ordinance rooms were decorated with beautiful landscape murals, and the exterior was slightly altered to give the edifice an updated appearance. It was rededicated on November 22, 2015.

In his comments at the groundbreaking ceremony held in the empty garage of a vacated automobile dealership which was removed before construction begins, Elder Coleman of the Seventy and second counselor in the North America Northeast Area presidency encouraged members to "come often…come with the family…come with the family names…in establishing the Lord's temple in Montreal."

President Benoit Duquette of the Montreal stake remarked that when he joined the Church in 1975, members from the area drove 45 hours to attend the Alberta Temple in Cardston or would fly to the Swiss Temple. Since 1990, members have traveled for six hours to attend the Toronto Ontario Temple.

"As we stand here this morning," said President Walter Svenson of the Mount Royal stake, "although the spot is still without form, with our spiritual eyes we can see a…fountain of potential blessings, a hill of personal challenge and the mountain of the Lord's house, foreseen by Isaiah."

Gerard Pelchat, the first stake president in the Montreal stake, remembers telling friends in the Toronto temple a year ago of his desire for a temple in Montreal. "I never dreamed it would happen, let alone this soon."1