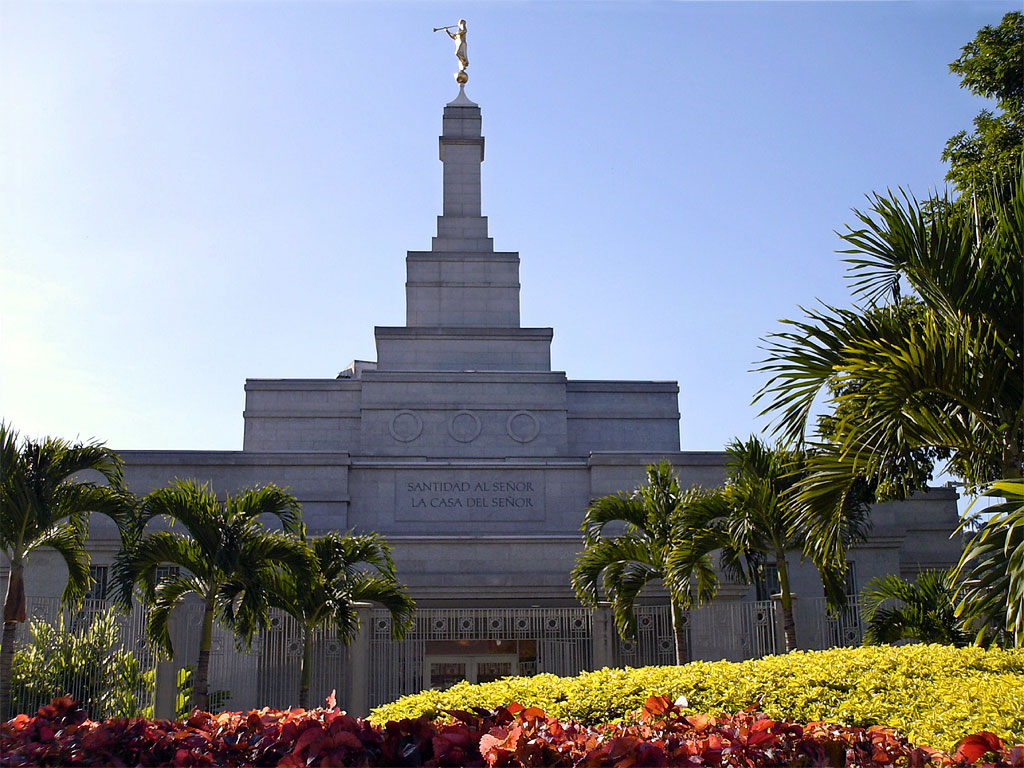 The Caracas Venezuela Temple was the first temple built in Venezuela.

On May 23, 1998, Church leaders announced revised plans for the Caracas Venezuela Temple. It would be constructed as one of the new generation smaller temples initiated by President Gordon B. Hinckley.

The Caracas Venezuela Temple serves about 85,000 members in sixteen stakes and eleven districts. Before, the closest temple to the Venezuelan saints was the Lima Peru Temple approximately 2,000 miles away.

Elder Francisco J. Viñas of the Seventy and president of the South America North Area presided at the groundbreaking ceremony for the temple. In his speech, Elder Viñas said, "Let us establish an analogy; let us think of today as the groundbreaking for a change in our lives. And as all temples are built upon solid foundations, in a like manner, our lives need foundations that will sustain us and allow us to grow spiritually."

Referring to the temple's open house, he continued, "This will be a special occasion to invite our family, friends and neighbors, to come here and here to understand the significance of this house. But the open house requires preparation, and for this I am asking each of you to first prepare yourselves." Elder Viñas also noted that the members would have the responsibility of the temple's maintenance. "Do you imagine what a privilege it is to go to the House of the Lord and be able to prepare it so that others who come will find it clean?" he asked. He encouraged all those present and "able to enjoy this day, and whose hearts comprehended the things spoken of, to leave with the resolution to begin a change in their lives that will permit them to enter the temple, to have a life clean enough to bring into the House of the Lord."

Elder Robert J. Whetten, counselor in the area presidency, pointed out that the temple had come not only through the efforts of those in attendance but also through the efforts of many members and missionaries from the past. He asked the members "to first prepare our hearts by pardoning all those who have offended us. Next, we ought to increase our love?that attribute that distinguishes us as Latter-day Saints?beginning with our families, our wife or husband, our children and then to others who do not belong to the Church." He requested members to increase their understanding of the meaning of the temple, especially the covenants and blessing of being able to participate in the saving ordinances.1

"And they pitched their tents round about the temple, every man having his tent with the door thereof towards the temple, that thereby they might remain in their tents and hear the words which king Benjamin should speak unto them."
—Mosiah 2:6