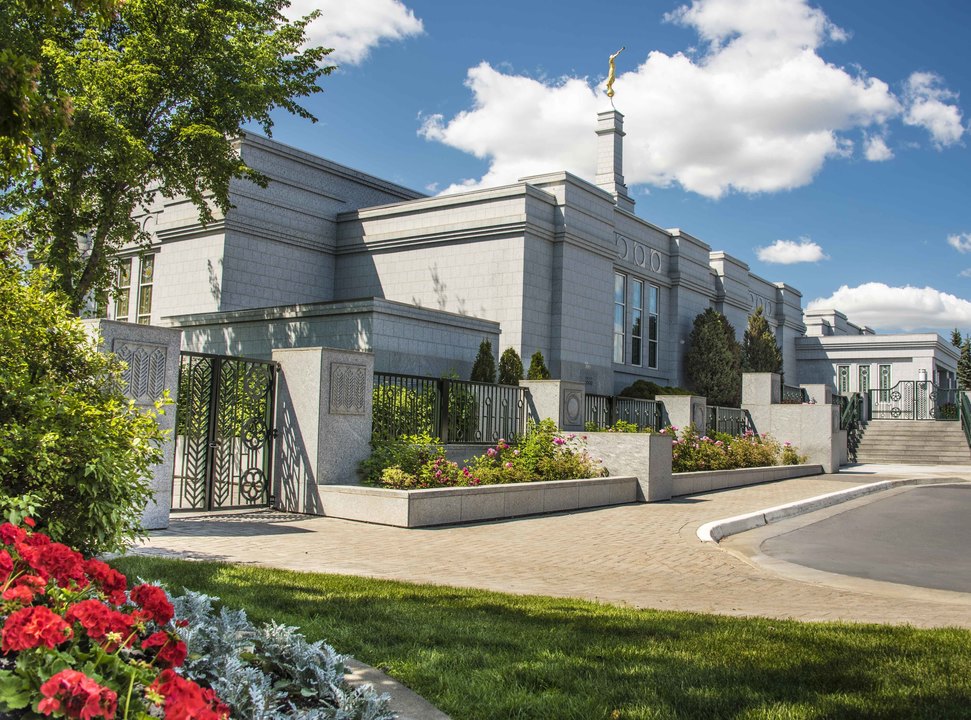 The Church has a rich history in Edmonton—a city known for the world's biggest mall and the world's greatest hockey player, Wayne Gretzky. The Edmonton Alberta Temple stands as a dominant part of Alberta's capital city. Impressions of Alberta's wild rose and wheat shaft, commonly farmed in the province's rich soil, grace the front of the edifice which can be viewed from Whitemud Freeway. Although LDS university students and government leaders lived in Edmonton as early as 1920, the first recorded Church meeting was not held in this city until 1933. Then in 1935, N. Eldon Tanner (later a counselor in the First Presidency) moved to northern Alberta, where he served during the next 16 years in Church leadership positions. In 1951 the first Church building in the city was dedicated on Whyte Avenue and the first stake was organized November 15, 1960.

"We have become something we never thought we would become—a temple city," said first temple President Donald D. Salmon at the temple dedication. And as such, Edmonton became a place where couples who traditionally would retire to southern Alberta now stay. Like many others, President Salmon and his wife, Joyce, had after retirement planned to leave the harsh Edmonton winters and move to southern Alberta, nearer the Cardston Alberta Temple. Then came the August 11, 1998 announcement of the Edmonton temple that changed their lives. "We are staying and many others are staying, too," he said. Some are even returning. After the temple announcement, Calvin G. and Verona Harker Merkley sold their home in Lethbridge, Alberta, where they had planned to spend their retirement years closer to a temple, and returned to their home ward in Edmonton. "We are coming home to family and the temple; we can't beat that," said Sister Merkley.

LeRoy Rollins, called as president of that stake, could not be happier to see the dreams of Edmonton's pioneer generation fulfilled with the dedication of the temple. "I imagined it. I worked toward it. I knew we would have a temple in Edmonton, it had to be," said Brother Rollins. "It marks a status we have not had before. It will cause even greater growth in this city." President Salmon, who moved to Edmonton in 1951, also expects the temple to escalate Church growth in Edmonton. It will unite the current Church members in northern Alberta, as well, he said. "Over the years we have seen the Church grow and divide [as new wards and stakes are created]. This is a time for coming back together. The temple will eliminate phrases such as 'I live in this stake or that stake.' We will be in the temple with people from all stakes" where Latter-day Saints are now reaching across branch, ward and stake boundaries as part of a larger temple district. "The temple gives us the association with all members," explained President Salmon. "We are coming together to work and serve."1

"And thou shalt bring Aaron and his sons unto the door of the tabernacle of the congregation, and wash them with water. And thou shalt put upon Aaron the holy garments, and anoint him, and sanctify him."
—Exodus 40:12–13