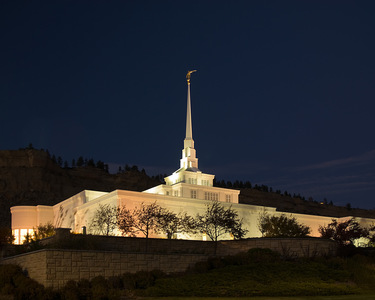 On Monday, July 27, three additional temples will reopen under Phase 1 (for a total of 125), and twelve previously reopened temples will move to Phase 2—the first Phase 2 reopenings since all temples were temporarily closed in March. Phase 1 permits living husband-and-wife sealings while Phase 2 permits all living ordinances. A related message was also released from the First Presidency today stating: "With a concern for all and a desire to enhance the temple learning experience, recent changes have been authorized to the temple endowment ceremony. Given the sacredness of the temple ceremonies, we ask our members and friends not to engage in speculation or public discussion about these changes."

"I will worship toward thy holy temple, and praise thy name for thy lovingkindness and for thy truth: for thou hast magnified thy word above all thy name."
—Psalms 138:2