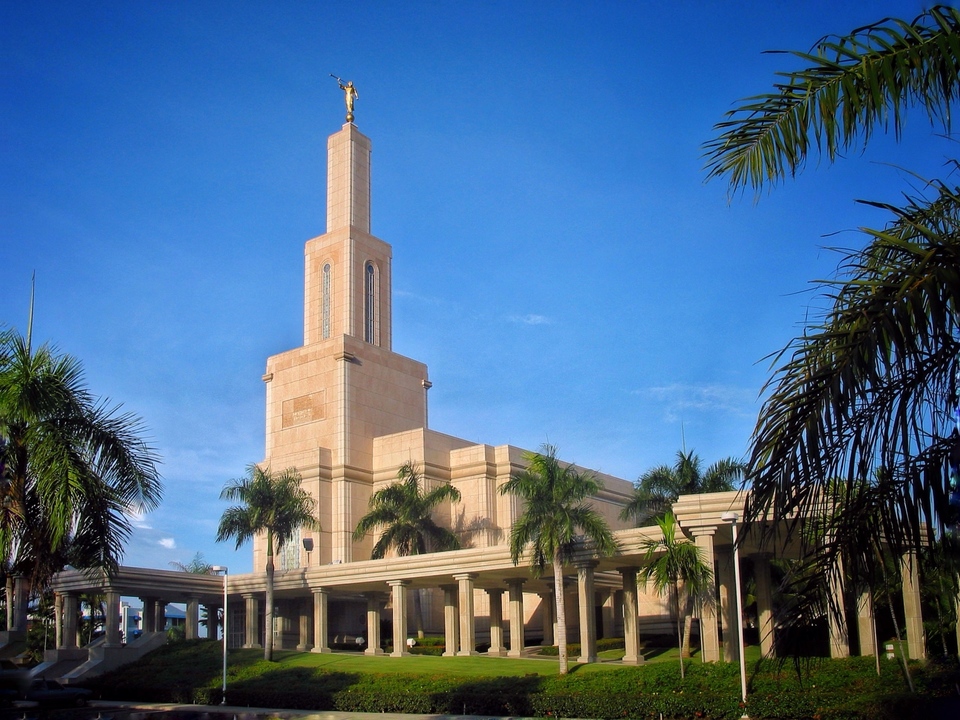 The site of the Santo Domingo Dominican Republic Temple is on a tree-covered, slightly elevated location in a southern, upscale area just a few minutes from the center of Santo Domingo next to the National Music Conservatory. The beautiful site, open to the public, offers an expansive view of the Caribbean Sea to the south.

At the groundbreaking ceremony, Elder Scott challenged members to have a temple recommend with them at the time of the temple dedication and to keep it renewed from then on. He gave several suggestions for members to follow including making Christ the center of your life, determining to follow His teachings, and seeking His will and making it your will.

Elder F. Burton Howard, also present at the ceremony, noted that family ties are stronger than any other relationships. He pointed in the congregation to the large group of full-time missionaries. The missionaries had walked to the ceremony a distance of about three miles from a nearby meetinghouse where they had just attended a countrywide, three-mission conference. They gathered on the east side of a rope barrier across the way from many family members that the missionaries had not seen for a long time. "Many of the parents strained to wave to the missionaries when they came on the site. Many parents, who had not seen their sons and daughters for some time, were anxious to reach them, but they could not because of the barrier that had been placed there for the ceremony,'' said Elder Howard. He used this analogy to explain the purpose of temples. "How tragic it would be if, in the life after this, families were separated,'' he said. "The purpose of temples is to enable families and loved ones to live together. This cannot be done without the ordinances performed in the House of the Lord.''1