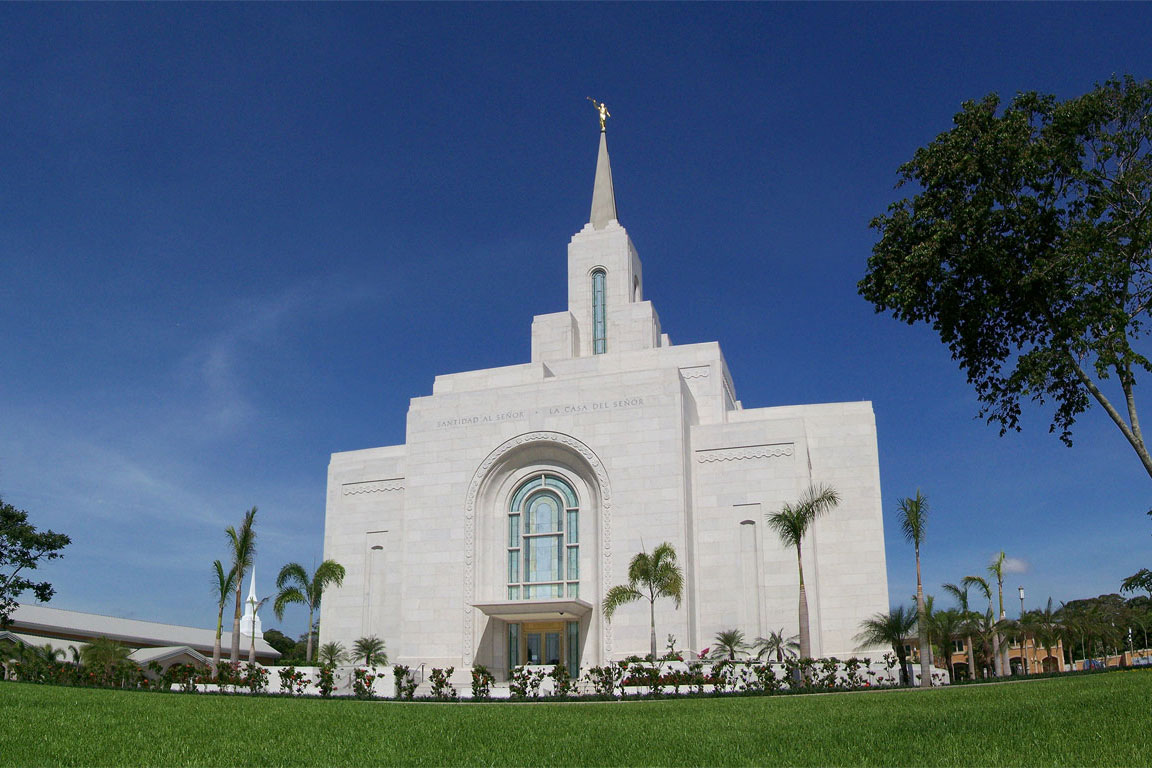 Situated in the affluent Antiguo Cuscatlán district, the stately San Salvador El Salvador Temple seemingly hovers above highly traveled Avenida El Espino at its location near the Multiplaza Panamericana Mall. Adjacent to the temple is a meetinghouse and a patron housing facility with a residence for the temple president, a cafeteria, and Distribution Services. The sacred edifice is surrounded by verdant grounds that offer a calming retreat to all El Salvadoreans. Learn about the acquisition of the temple site.

The architectural design of the San Salvador El Salvador Temple, which features graceful arches and conches throughout, is inspired by the Spanish colonial architecture of the region.

A motif of the Flor de Izote—the national flower of El Salvador—is used throughout the San Salvador El Salvador Temple including in the art-glass windows and mahogany wood from Honduras and nearby countries. The limestone flooring is from Israel.

The San Salvador El Salvador Temple was dedicated on the 84th birthday of the president of the Church, President Thomas S. Monson.