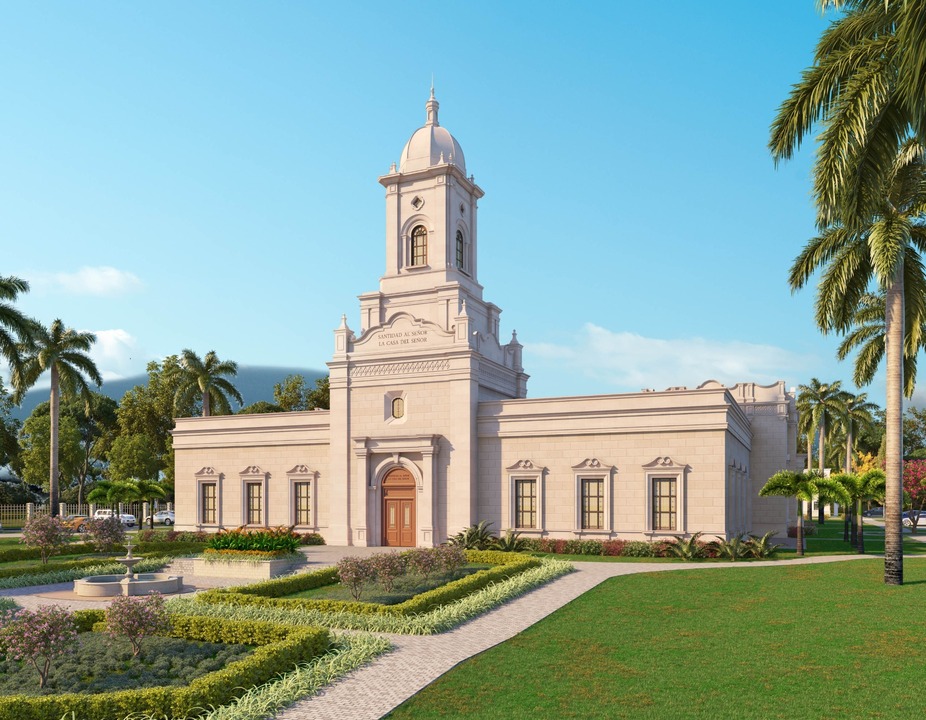 Ground was broken for the San Pedro Sula Honduras Temple—the country's second—on Saturday, September 5, 2020. Elder José Bernardo Hernández, an Area Seventy, presided over the event. Elder Hernández, who is originally from San Pedro Sula, said "Personal preparation [to go to the temple] will bring to our lives many unimaginable blessings, such as eternal life and uniting the family for eternity." He encouraged parents to teach their children the importance of following God’s commandments and encouraged the youth to attend the temple often to participate in the ordinances there.1

On August 5, 2020, an official exterior rendering of the San Pedro Sula Honduras Temple was released.

The San Pedro Sula Honduras Temple will be constructed in the northwest section of the city on Bulevar Mario Catarino Rivas.

On April 7, 2019, in his closing remarks for General Conference, President Russell M. Nelson announced that a second temple would be constructed in the nation of Honduras in the city of San Pedro Sula. There are eleven stakes organized in the metropolitan area of San Pedro Sula with additional stakes located in other areas of northern Honduras. Saints currently travel over 200 miles to the well-attended Tegucigalpa Honduras Temple to serve in the temple. Membership growth has been strong in this Central American nation where membership grew from 6,300 members in 1980 to 178,200 members in 2019.2