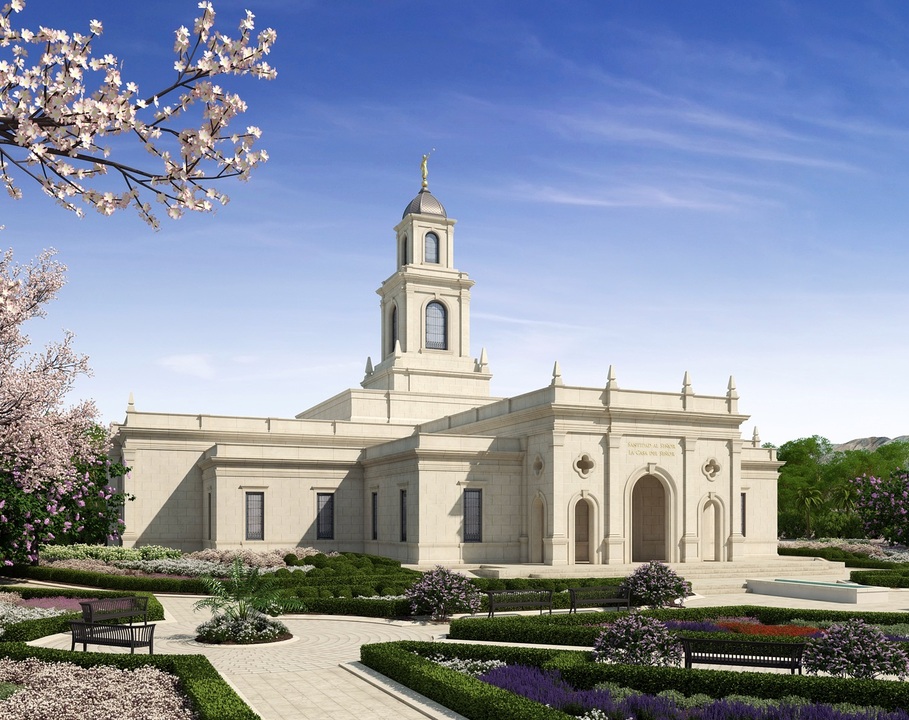 "Heavenly Father, receive our grateful hearts for this significant and special day," prayed Elder Benjamín De Hoyos, president of the South America South Area, in his site dedicatory prayer for the Salta Argentina Temple. The prayer was uttered at the temple's groundbreaking ceremony held on Wednesday, November 4, 2020. Due to social distancing restrictions, the number of participants was limited. Several Church and government leaders were in attendance including the governor of Salta, Gustavo Sáenz.1

On June 5, 2020, an official exterior rendering of the Salta Argentina Temple was released.

As part of a seven-temple announcement at the April 2018 General Conference, President Russell M. Nelson named Salta, Argentina as the location for a future temple. The Salta Argentina Temple will be the country's third after the Buenos Aires Argentina Temple and the Córdoba Argentina Temple. It will serve members living the Argentine Northwest who currently travel to the Córdoba to participate in temple services. Argentina is home to approximately 450,000 Latter-day Saints organized into over 100 stakes and districts.2