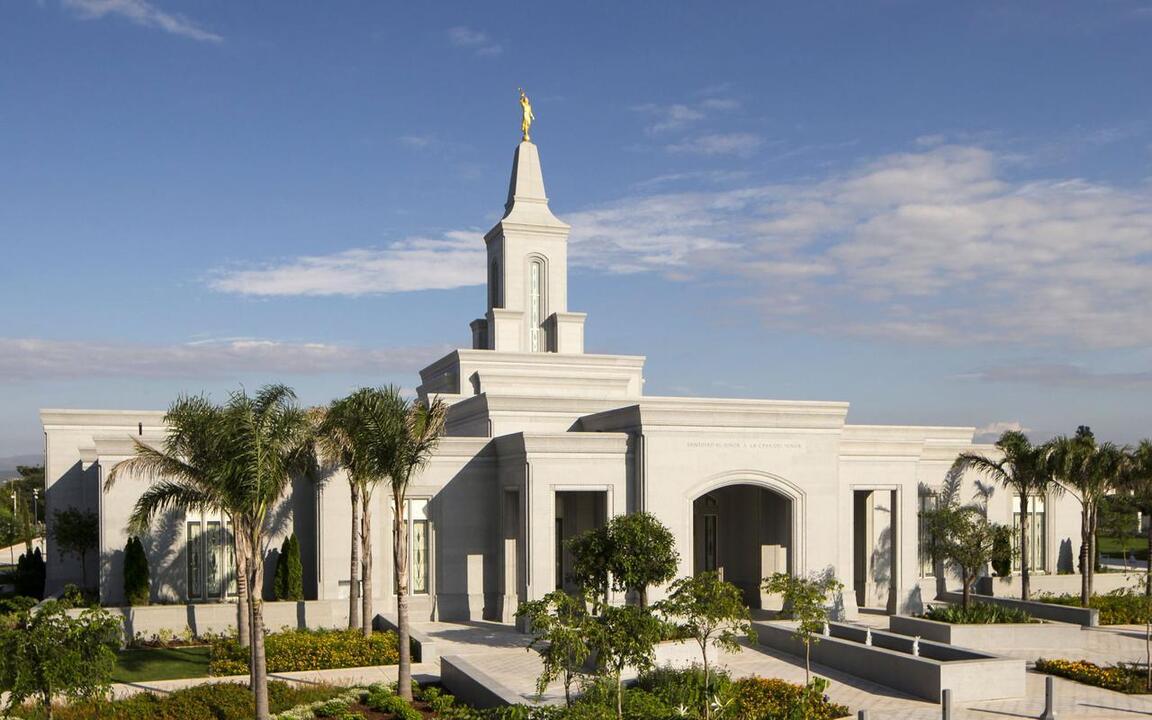 On August 13, 2014, the traditional gold-leafed statue of the angel Moroni was installed atop the spire of the Córdoba Argentina Temple.

On Saturday, October 30, 2010, Elder Neil L. Andersen of the Quorum of the Twelve Apostles, accompanied by his wife Kathy, presided over the groundbreaking ceremony (view video) for the Córdoba Argentina Temple. Also in attendance were Elder Walter F. Gonzalez of the Presidency of the Seventy, Elders Mervyn B. Arnold and Marcos Aidukaitis of the First Quorum of the Seventy, and Elder Bradley D. Foster of the Second Quorum of the Seventy. Special guests included the vice governor of Cordoba Province, Senor Hector Oscar Campana, national senator Dr. Luis Juez, and other government leaders.

Elder Arnold, president of the South America South Area, said, "It was a day to express our thanks for the many pioneers who had paved the way and have been true and faithful to their temple covenants over these many years and have greatly sacrificed their time and talents to build the kingdom of God in this part of the Lord's vineyard."1

In February 2010, the Church finalized acquisition of property adjacent to the Villa Belgrano meetinghouse for construction of the Córdoba Argentina Temple. The property was legally joined to the meetinghouse property as a single parcel before temple plans were presented to City Hall.2 The property is a former sports complex that was owned by a local foundation. One foundation member was reluctant to part with the entire complex, leading to lengthy negotiations.

Argentina's second temple is located in the northwestern quarter of the city of Córdoba next to the recently rebuilt Argentina Córdoba Mission home on the grounds of the Villa Belgrano meetinghouse, which houses the Córdoba Argentina Sierras Stake.3 The temple will be located on the public bus route near a major stop. The City of Córdoba recently improved Villa Belgrano with paved streets and a new sewer system.

President Thomas S. Monson announced the Córdoba Argentina Temple in the opening session of the 178th Semiannual General Conference of The Church of Jesus Christ of Latter-day Saints.4 Members throughout northern Argentina received the announcement with great joy as long-distance travel is currently required to attend the temple in Buenos Aires. Faithful Saints in Córdoba make a 430-mile trip, while members from northern communities like Salta and Jujuy travel over 900 miles.

The first Church members in Argentina were European emigrants, who began teaching their neighbors about the Church in the early 1920s. They petitioned Church Headquarters to send missionaries, and Church leaders responded by sending an apostle, Elder Melvin J. Ballard, and a member of the First Quorum of the Seventy, Elder Rulon S. Wells, in 1925. Just six days after their arrival, the first convert baptisms were performed in the Río de la Plata. Membership in Argentina has grown steadily ever since.5