Construction nearly completed; finalizing the landscaping and interior; construction estimated to be completed in early 2023 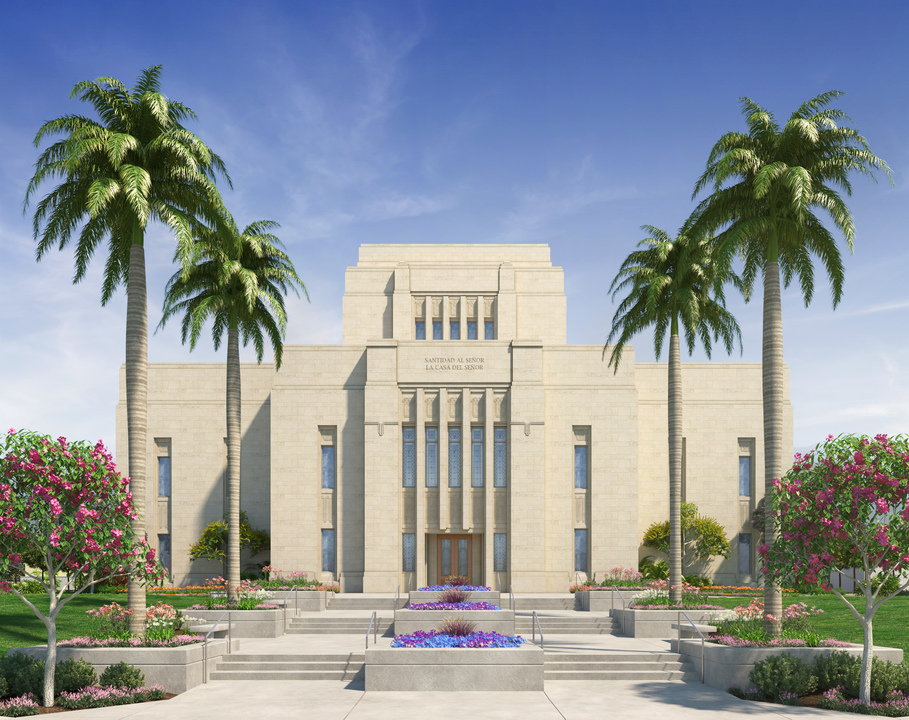 The groundbreaking ceremony for the Lima Peru Los Olivos Temple was held on Saturday, June 8, 2019, at 3:00 p.m. Elder Enrique R. Falabella, president of the South America Northwest Area, presided over the services with his counselors Elder Hugo Montoya, first counselor, and Elder Mathias Held, second counselor. In his remarks, Elder Falabella said the groundbreaking would be an occasion never to be forgotten. "There is something special in the temples. As we spend more time in the Lord's house, our life will have greater meaning," he said. Elder Held remarked, "Temples have always been a beacon of light…[and] source of strength for His people and today is no different. This will be a beautiful building, where the spirit of the Lord will be strongly felt." Lima will become the first city outside of the United States to have two temples.1

On January 27, 2019, the Lima North Institute of Religion building and the meetinghouse for the Habish and Cayetano Heredia wards were permanently closed for demolition. The site will be prepared for construction of the Lima Peru Los Olivos Temple and two housing facilities for patrons and temple missionaries.

The official rendering of the Lima Peru Los Olivos Temple was released on March 7, 2019, in conjunction with the groundbreaking announcement.

On October 20, 2018, President Russell M. Nelson visited the site for the Lima Peru Los Olivos Temple, which will be located on the property of the Lima North Institute of Religion building and meetinghouse for the Habish and Cayetano Heredia wards on Avenida Eloy Espinoza in the San Martín de Porres District, just east of the Los Olivos District. Plans call for the existing buildings to be razed to allow for construction of the temple, a patron housing facility, a missionary housing facility, a utility building, and an underground parking garage.

Peru is home to well over half a million members of the Church and is one of only four nations with more than 100 stakes. There are 46 stakes in the Lima metropolitan area alone, yet it operates one of the smallest temples in the Church, dedicated in 1986 on the eastern side of the city. Long waiting lines outside the temple are common in Lima, especially on Saturdays when Saints from around the country travel to the capital to participate in temple ordinances. During 2015, the country's second temple was dedicated in Trujillo, and a groundbreaking ceremony was held in 2017 for the country's third temple in Arequipa.2

The Lima Peru Los Olivos Temple will be the fourth temple built in Peru.

The Lima Peru Los Olivos Temple will be the third temple built in the same city as another operating temple, the Lima Peru Temple (1986), making Lima, Peru, the third city in the world to have more than one temple, following South Jordan, Utah; and Provo, Utah.

The Lima Peru Los Olivos Temple will be the first temple built outside of the United States in the same metropolitan area as another operating temple.

The Lima Peru Los Olivos Temple was announced in the 30th anniversary year of the Lima Peru Temple.