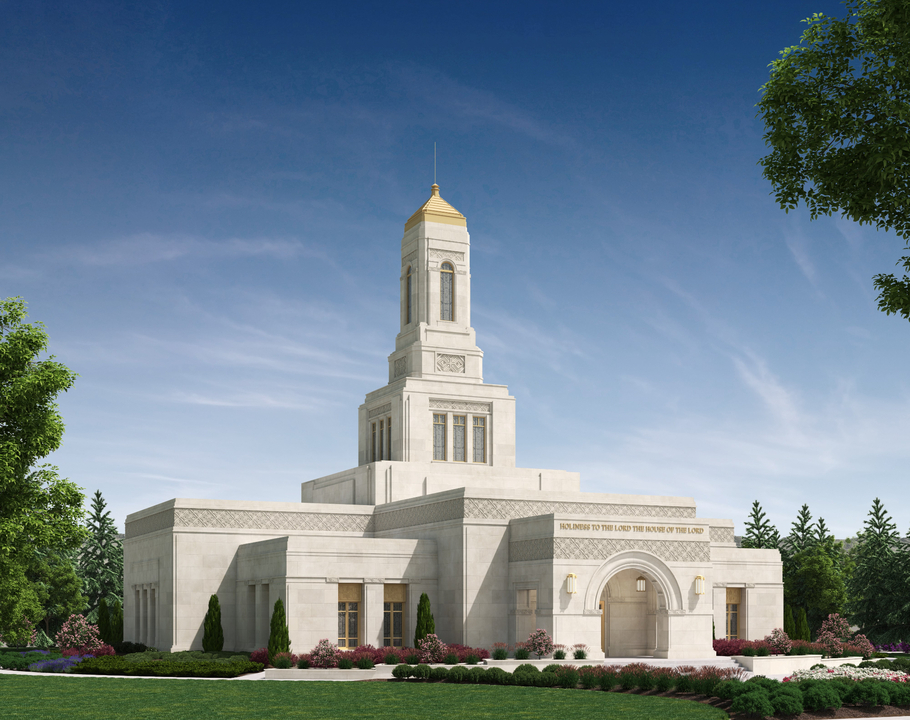 The groundbreaking ceremony for the Helena Montana Temple has been announced for June 26, 2021. Elder Vern P. Stanfill of the Quorum of the Seventy will preside. Attendance at the site is by invitation only, but a broadcast link will be provided to those living within the temple district. The 10,000-square-foot temple will be the second in the state and will share a site with a rebuilt stake center at 1260 Otter Road. Video and photographs will be made available after the event.1

Plans for the Helena Montana Temple call for a single-story temple of approximately 10,000 square feet with a center spire. The temple will share the site with a newly constructed stake center.

On April 20, 2021, an official exterior rendering of the Helena Montana Temple was released.

Montana's second temple was announced on April 4, 2021, at the 191st Annual General Conference by President Russell M. Nelson. There are more than 50,000 Latter-day Saints and approximately 125 congregations in the expansive state of Montana. The Helena Montana Temple will serve members living in the western side of the state who currently attend the Billings Montana Temple, the Spokane Washington Temple, or the Cardston Alberta Temple.3