Structural framing underway; construction estimated to be completed in early to mid-2025 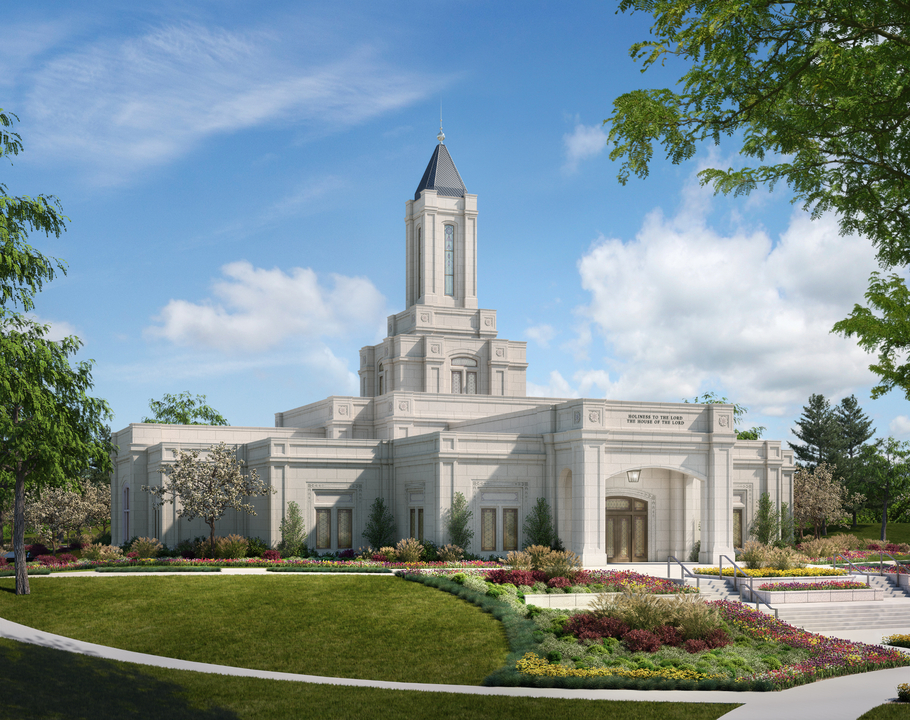 Elder Chi Hong (Sam) Wong of the Quorum of the Seventy presided at the groundbreaking ceremony for the Grand Junction Colorado Temple on Saturday, April 16, 2022. The 29,000-square-foot temple will be constructed on a 6.94-acre site at the intersection of Horizon Drive and North 12th Street. Elder Wong, who serves as first counselor in the North America Central Area presidency, said in his dedicatory prayer: "Tomorrow is Easter Sunday. We are grateful for the Atonement of Thy Son Jesus Christ and the blessing of the promised Resurrection. As we dedicate this holy ground, we pray that we can maintain this positive spiritual momentum in our lives."1

On September 17, 2021, the official exterior rendering was released for the Grand Junction Colorado Temple.

On June 23, 2021, the location of the Grand Junction Colorado Temple was announced as a beautiful 6.94-acre site, located at the intersection of Horizon Drive and North 12th Street, just a mile from an Interstate 70 interchange. The single-story temple will be approximately 25,000 square feet.2