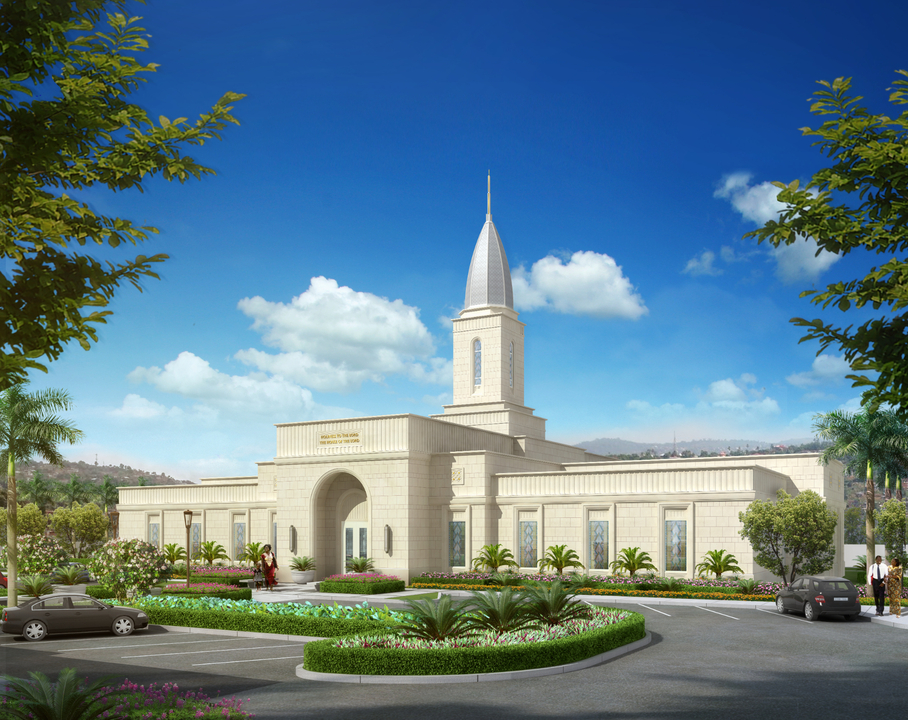 The groundbreaking ceremony for the Freetown Sierra Leone Temple was held on Saturday, March 19, 2022 at 10:00 a.m. Elder Hugo E. Martinez, president of the Africa West Area, presided at the event. Services were broadcast to all stake centers in the country.

On December 15, 2021, the official exterior rendering for the Freetown Sierra Leone Temple was released.

On December 15, 2021, the location of the Freetown Sierra Leone Temple was announced as a 2.9-acre site on Jui Road located in the Kossoh Town region of Freetown. It will be visible to motorists traveling the Masiaka-Yonibana Highway.

Sierra Leone's first temple was announced by President Russell M. Nelson at the General Women's Session of the 189th Semiannual General Conference. There are more than 21,000 Latter-day Saints organized into six stakes and three districts in this West African nation. To participate in temple ordinances, Freetown members currently travel over 1,240 miles (2,000 km) to the Accra Ghana Temple. Saints in Liberia, where there are five stakes and one district in operation, will also be blessed by having a temple much closer to them.1

"Temples are places of personal revelation. When I have been weighed down by a problem or a difficulty, I have gone to the House of the Lord with a prayer in my heart for answers. The answers have come in clear and unmistakable ways."
—Ezra Taft Benson