Temporary structure used during the construction of the Salt Lake Temple; razed in 1889 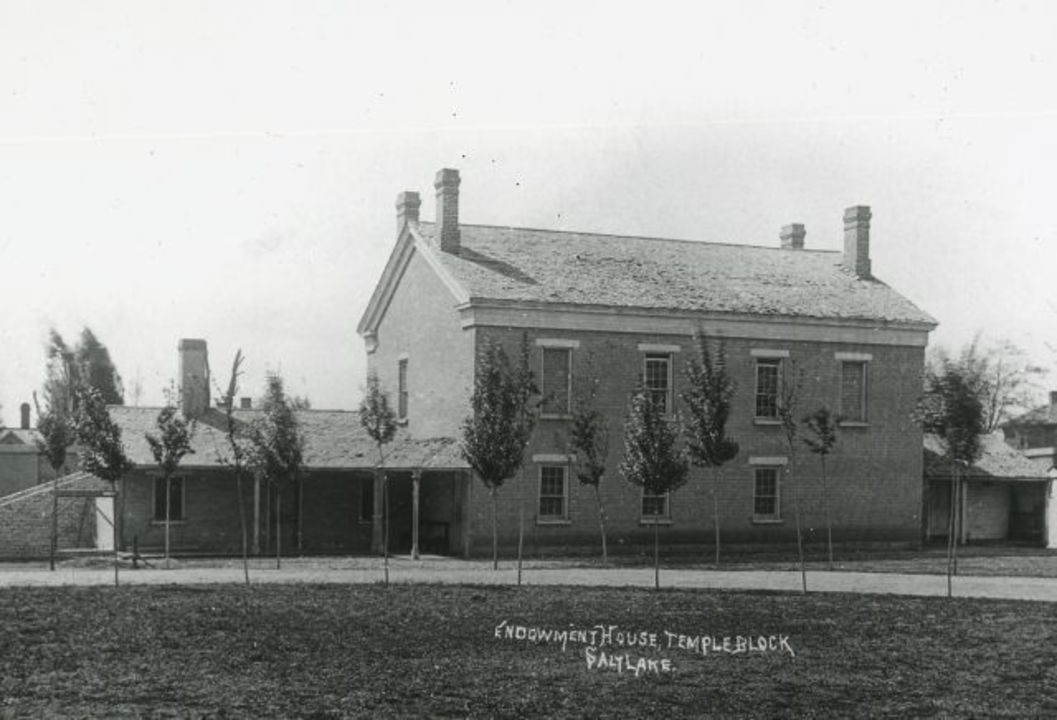 Prior to the construction of the Endowment House, temple ordinances were being given on a regular basis in Salt Lake beginning in February 1851. This was done in a variety of locations including Brigham Young's office, the Council House, and the top of Ensign Peak.

Recognizing the need for a separate dedicated structure for the administration of the endowment, the Endowment House was built on the northwest corner of Temple Square to function during the construction of the Salt Lake Temple.

At the time of its dedication, President Brigham Young declared that the Endowment House was "The House of the Lord."

The two-story Endowment House featured a washing and anointing room, "garden room," "world room," and "terrestrial room" on the main floor with a "celestial room" on the upper floor.

A year after the Endowment House was constructed, it was enlarged to include a baptistry, which was dedicated on October 2, 1856.

Endowments for the dead were not performed in the Endowment House, which were reserved for the temple only.

In 1889, President Wilford Woodruff had the Endowment House razed as a sign of his resolve to curtail new plural marriages. The Church had three operating temples by then, and the Salt Lake Temple (1893) was nearing completion.

The Council House was a two-story building located on the southwest corner of South Temple and Main Street in Salt Lake City, which functioned as the site of various ecclesiastical and governmental gatherings; the Deseret News was even printed there. From 1851–1855, the Council House was used for the administration of endowments.

"Every foundation stone that is laid for a Temple, and every Temple completed according to the order the Lord has revealed for his holy Priesthood, lessens the power of Satan on the earth, and increases the power of God and Godliness."
—George Q. Cannon