Structural fill placed for temple pad; piers drilled and poured for ancillary building foundation; estimated to be completed in early 2023 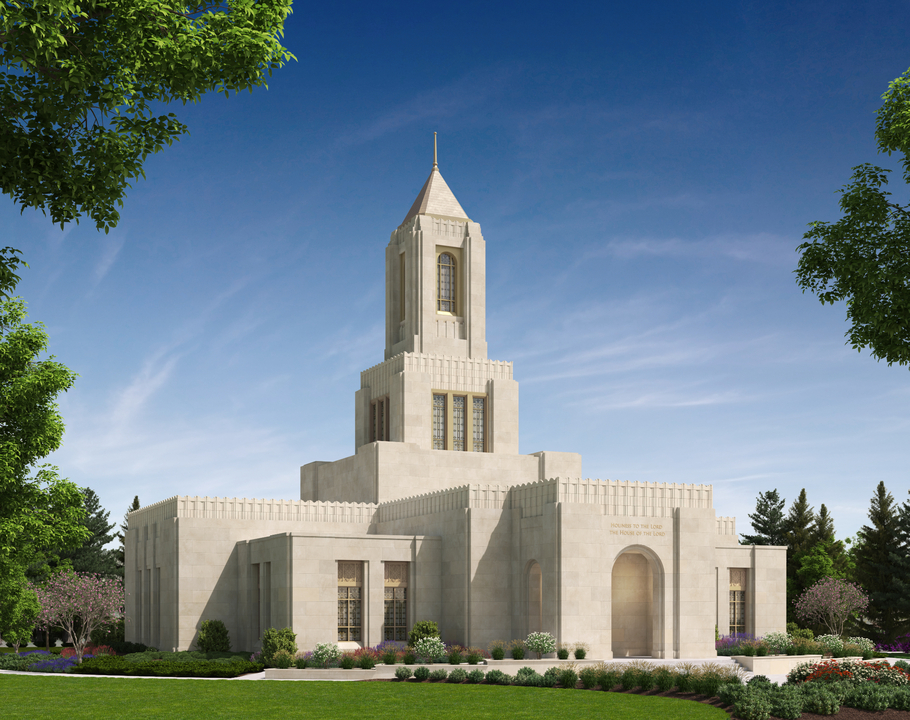 Elder S. Gifford Nielsen of the Seventy will preside at the groundbreaking ceremony for the Casper Wyoming Temple on Saturday, October 9, 2021. The 10,000-square-foot temple will be built on a 9.5-acre site at the intersection of Wyoming Boulevard Southwest and Eagle Drive. It will be the second temple in Wyoming, joining the Star Valley Wyoming Temple located in Afton. Attendance at the temple site will be by invitation only.1

On September 3, 2021, the official exterior rendering for the Casper Wyoming Temple was released.

On June 10, 2021, the location of the Casper Wyoming Temple was announced as a 9.5-acre property at the corner of Wyoming Boulevard (Highway 258) and Eagle Drive in a developing area of southwest Casper near the highway to Martin's Cove. The design for the temple is a single-story building of approximately 10,000 square feet.2

On April 4, 2021, President Russell M. Nelson announced plans to construct the Casper Wyoming Temple at the 191st Annual General Conference. One in every nine residents of Wyoming, or approximately 68,000 people, claim membership in The Church of Jesus Christ of Latter-day Saints. This will be the state’s second temple. The Star Valley Wyoming Temple was dedicated in 2016. Wyoming has a significant place in the history of the Church, as pioneers traveled across the state in their westward migration to Utah, primarily from the 1840s to the 1860s. Casper is in east-central Wyoming.3