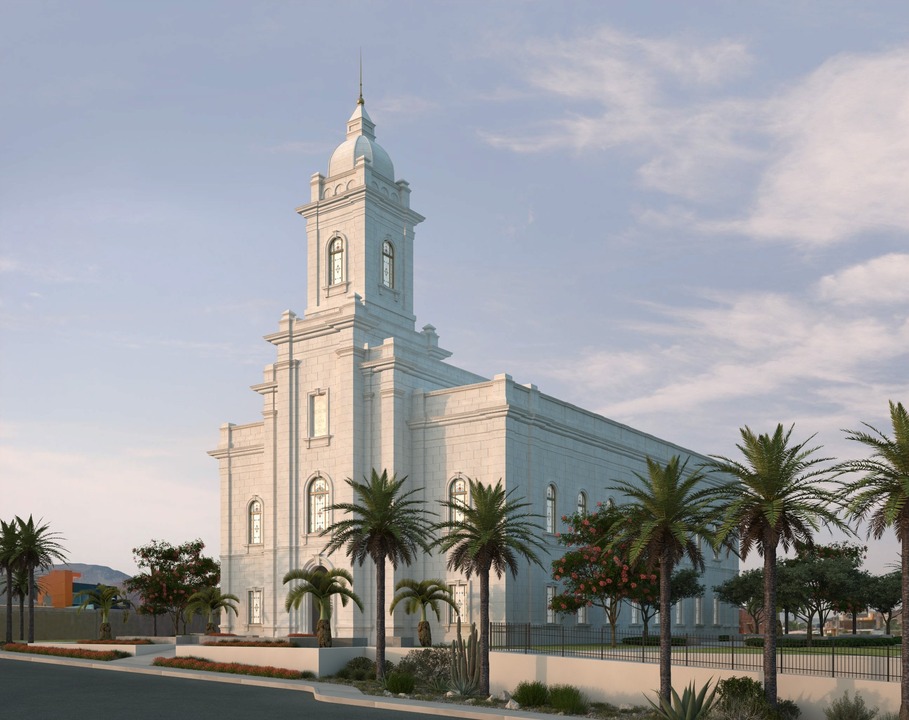 "We should be grateful with our Father for having chosen Antofagasta as a place to be a light to the nations," said Elder Juan Pablo Villar of the South America South Area presidency at the groundbreaking ceremony for the Antofagasta Chile Temple on Friday, November 27, 2020. The 23,000-square-foot building will be constructed on a 2.2-acre site on Avenida de Las Palmeras, becoming the country's third temple. In his site dedicatory prayer, Elder Villar said, "I invite us all to…remove the rocks that weaken our foundation and prepare our spirits with firm foundations to support life's trials and to stand tall in the face of the adversity."1

On October 2, 2020, an official exterior rendering of the Antofagasta Chile Temple was released to the public, featuring a Spanish Colonial-style temple of two stories and 23,000 square feet. A housing facility will also be constructed on site.

The Antofagasta Chile Temple will be constructed on a 2.2-acre parcel on Avendia de Las Palmeras in Antofagasta.

The Antofagasta Chile Temple, Chile's third temple, was announced on April 7, 2019, by President Russell M. Nelson in his concluding remarks at the Sunday Afternoon Session of General Conference. Chile's second temple, the Concepción Chile Temple, was recently dedicated in October 2018. The Saints of Antofagasta currently travel 830 miles (1335 km) to participate in temple ordinances at the Santiago Chile Temple. The new temple will serve the two stakes in Antofagasta as well as other stakes in northern Chile, making the temple much more accessible.2