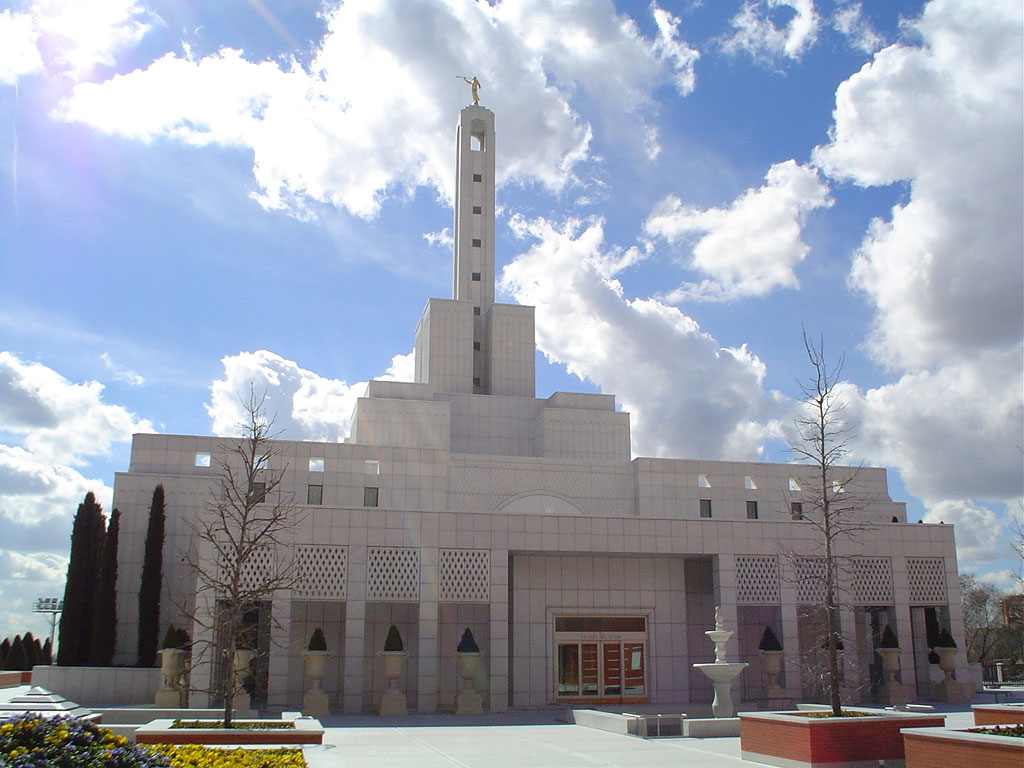 The Madrid Spain Temple was the seventh temple built in Europe and the first built in Spain.

The Madrid Spain Temple is part of a complex with a stake center and patron housing facility often referred to as the "Temple Square of Madrid."

Missionary work commenced in Spain when a religious liberty law was passed in 1967, allowing for the official recognition of the Church. Clark Hinckley, son of President Gordon B. Hinckley, was among the first four missionaries sent to Spain from other missions.

A Lladró figurine of the Christus statue, commissioned by the Church, is on permanent display in the foyer of the Madrid Spain Temple. President Gordon B. Hinckley presented the King and Queen of Spain with one these figurines during a visit with them to dedicate the temple.