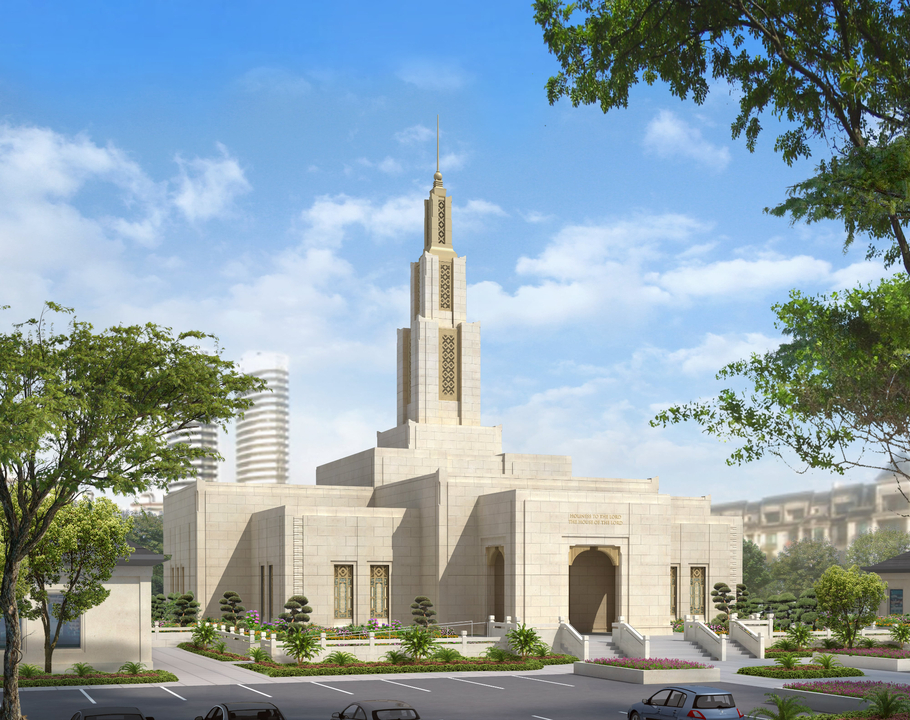 The Kaohsiung Taiwan Temple is currently in the planning stages. No groundbreaking date has been announced.

On December 19, 2022, the official rendering of the Kaohsiung Taiwan Temple was publicly released.1

On November 28, 2022, the location of the Kaohsiung Taiwan Temple was announced as a 1.26-acre site located at the intersection of Dachang Road and Dehua Street in the Niaosong District of Kaohsiung, across the street from the stake center for the Kaohsiung Taiwan North Stake. Plans call for a single-story temple of approximately 10,900 square feet.

Taiwan's second temple was announced on October 3, 2021, by President Russell M. Nelson. The Kaohsiung Taiwan Temple will be located in southern Taiwan in the island's third most populous city with over 2.75 million residents. The first temple constructed in country, the Taipei Taiwan Temple, was dedicated in 1984. There are currently more than 61,000 Latter-day Saints who attend approximately 110 congregations in Taiwan.2