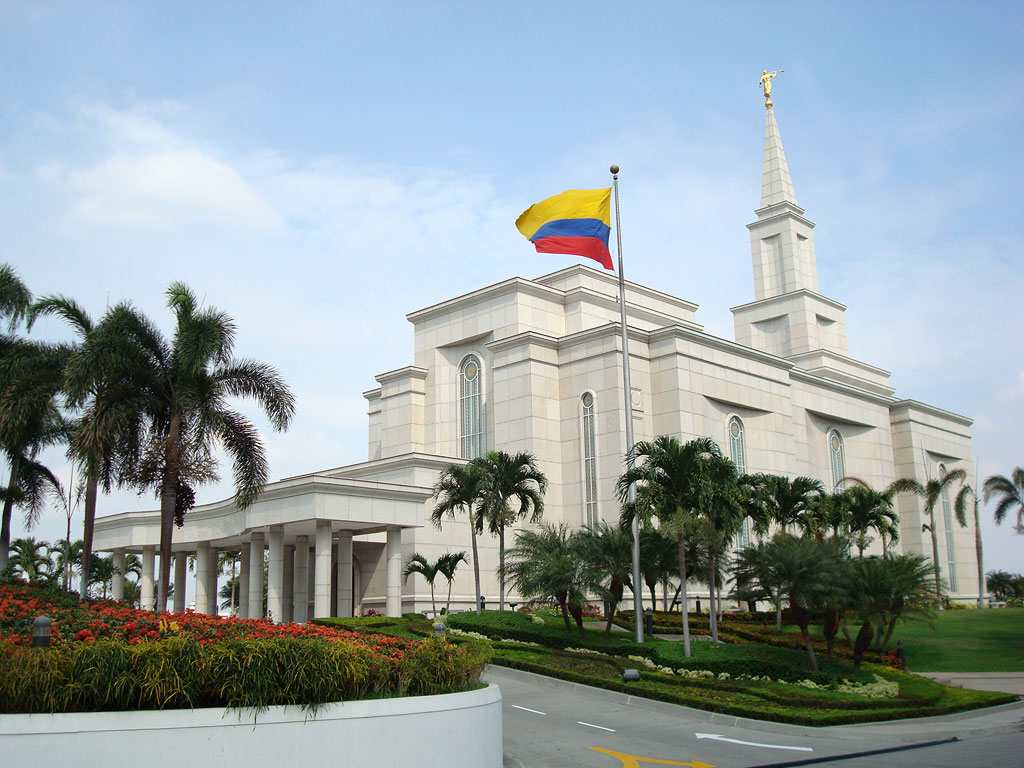 The Guayaquil Ecuador Temple was the first temple built in Ecuador.

Over 14 years passed from the announcement of the Guayaquil Ecuador Temple to its groundbreaking—the longest delay experienced by any temple for construction to begin.

The temple, labeled "the most beautiful building in Ecuador" by members and nonmembers alike, stands majestically in a peaceful hillside setting in northern Guayaquil. During a visit to the construction site, President Gordon B. Hinckley recounted the story of the site's selection. He said that several years earlier, he was taken to another site under consideration for the temple, but he "didn't feel well about the site that had been chosen. We visited the site and…the trucks that came up the hill had to gun their engines to make it up and the noise was just terrible. It just would not do. So we looked around…and then drove up a little two-track road to this spot. There was a guard here cooking over a little fire. I looked out over the city and had a feeling…as clear as anything that this was the site for the temple. We checked to see if the property was for sale. We found that it might be, and so we negotiated the purchase."1

During the public open house, visitors came at an average rate of 1,800 every day, except for Saturdays when attendance dramatically increased to 5,400 on June 26 and to 15,200 on July 3. Volunteers eagerly participated in cleaning the temple including members of the Guayaquil Ecuador Pascuales Stake, one of the poorest areas in the city. A group of 50 of these Saints came to the temple at 11:00 p.m. one night and worked with sincere enthusiasm until well after midnight.2

The day after the dedicatory sessions, the temple was opened for service. Otavalan members, among the most faithful in Ecuador, attended the first ordinance sessions. The indigenous Otavalans wear a distinctive garb: brethren with a single braid, dress hat, white shirt, dark cloak, and white pants; and sisters with gold necklaces, stitched white blouses, and dark skirts—often carrying babies on their backs. The two stakes made the nearly 10-hour bus trip to attend the temple dedication, nearly filling the temple is one session.3