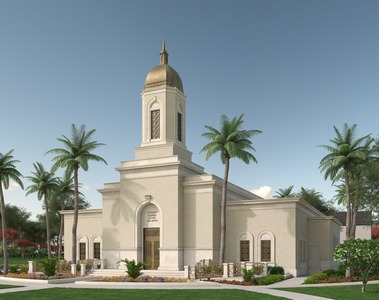 The official rendering for the Cobán Guatemala Temple was released today, showing a single-level building of approximately 8,800 square feet to be built on the site of the meetinghouse for the Cobán 2nd Ward in Zone 8, located in the southeastern section of the city. Plans also call for a replacement meetinghouse and a temple patron housing facility to be constructed on site.