Hardscaping the grounds; preparing to install moldings on exterior walls of temple; meetinghouse exterior completed; construction estimated to be completed in early 2024 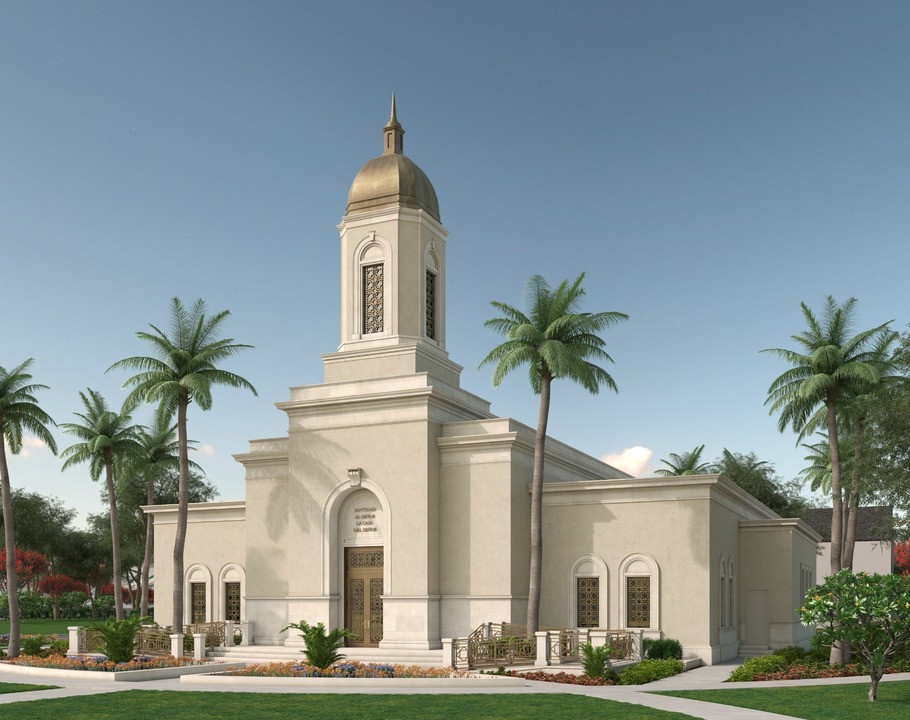 Elder Brian K. Taylor, president of the Central America Area, presided at the groundbreaking ceremony for the Cobán Guatemala Temple on November 14, 2020. Located in the highlands of central Guatemala, Cobán will be the third city in Guatemala to have a temple. The nation's fourth temple has been announced for an unknown location in the Guatemala City metropolitan area. The 5.4-acre site for the 8,800-square-foot temple is adjacent to an existing meetinghouse in Barrio Bella Vista. Plans call for a patron housing facility and meetinghouse to also be constructed on site. In his dedicatory prayer, Elder Taylor prayed, "Wilt Thou accept our offering and may Thy grace and presence abide here and in our lives always is our humble prayer and earnest petition." The recorded ceremony will be broadcast this evening at 6:00 p.m. CST. 1

The Cobán Guatemala Temple will be a single-level building of approximately 8,800 square feet to be built next to the meetinghouse for the Cobán 2nd Ward. Plans also call for a temple patron housing facility to be constructed behind the temple.

On May 25, 2020, an official exterior rendering of the Cobán Guatemala Temple was released.

On May 25, 2020, the location of the Cobán Guatemala Temple was announced. The temple will be constructed in the southeastern section of the city in Zone 8 adjacent to the meetinghouse for the Cobán 2nd Ward.2