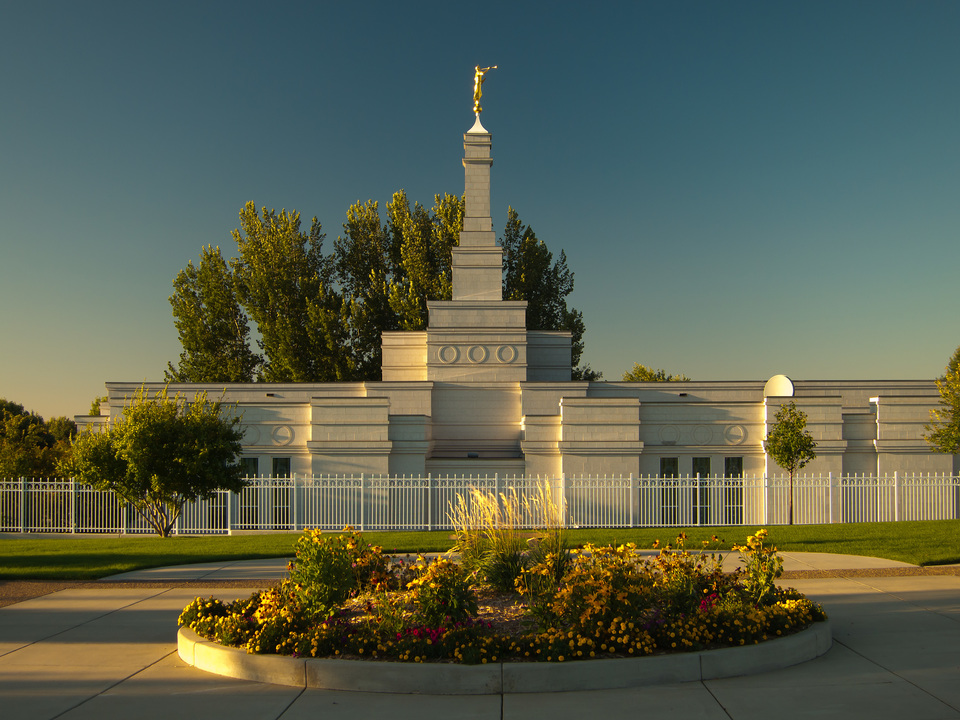 The Bismarck North Dakota Temple was the first temple built in the Dakotas (and in North Dakota).

Though the members of the temple district were scattered among a large region, the completion of the Bismarck North Dakota Temple brought the blessings of the temple much closer to the Saints. For example, those living in Grand Forks, North Dakota, made a 16-hour trip to attend the temple in Chicago. Members in Minot, North Dakota, drove 14 hours to Cardston, Alberta. Saints in Rapid City, South Dakota, traveled 7 hours to Denver. Robert B. Dahlgren, the temple's first president, noted that members of the district were highly dedicated and used to traveling long distances. He spoke of a retired couple who lived some distance from Bismarck who readily agreed to move to Bismarck to work in the temple full time.1

President Gordon B. Hinckley's trip to dedicate the Bismarck North Dakota Temple was his first time in North Dakota, the only state in the United States he had never visited. Having logged millions of miles of travel to most of the countries of the world, this was a welcomed trip to a state in his own country.2

"Regular temple attendance is one of the simplest ways you can bless those who are waiting in the spirit world. If you live near a temple, partake of the opportunity to go often and regularly."
—David B. Haight