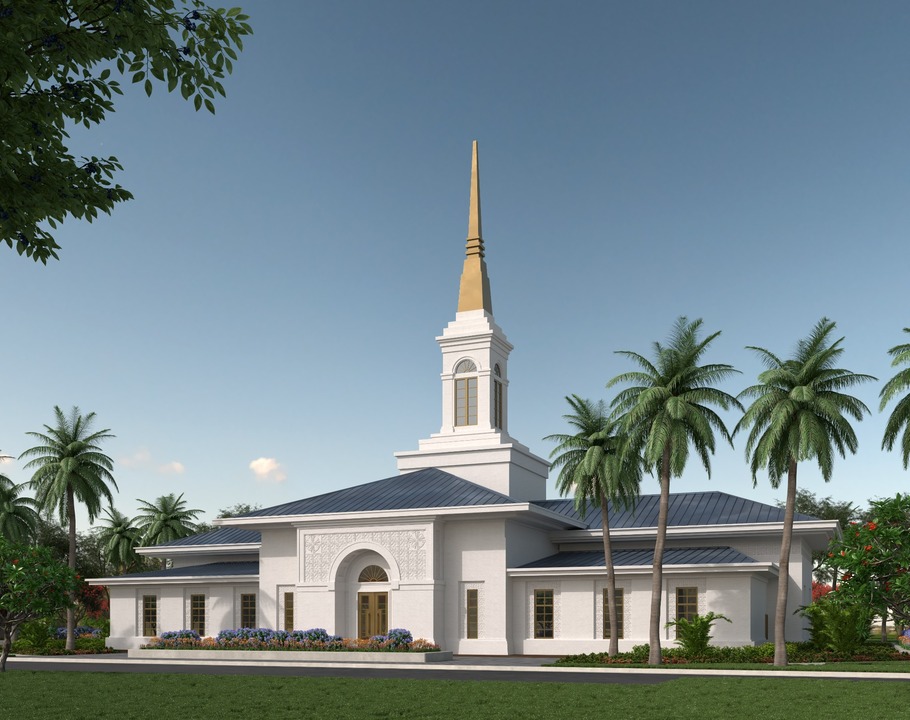 The King and Queen of Tonga, His Majesty ʻAhoʻeitu Tupou VI, and Her Majesty Nanasipau'u, were among the honored guests at the groundbreaking ceremony for the Neiafu Tonga Temple held on Saturday, September 11, 2021. Elder Inoke Kupu, Area Seventy, presided at the service. He said: "Temples are houses of the Lord and to have one on this beautiful Island of Vava’u is a blessing sent of God and a reflection of the goodness and faithfulness of citizens and members of The Church of Jesus Christ of Latter-day Saints who live here and in the surrounding area." Members living in the northern islands of Tonga have traditionally attended the temple in Nuku'alofa about once a year, but having a temple in Neiafu will allow for more frequent attendance.1

The Neiafu Tonga Temple will be a single-story building of nearly 17,000 square feet. An ancillary building will also be constructed housing a distribution center, arrival center, family history center, and housing units for the temple missionaries and the temple president and matron.

On August 14, 2020, the official rendering of the Neiafu Tonga Temple was publicly released.

On August 14, 2020, the location of the Neiafu Tonga Temple was announced. The temple will be constructed on Tu’i Road at the site of the Church-owned Saineha High School. No school buildings will be impacted by the construction of the temple.2

Tonga's second temple, the Neiafu Tonga Temple, was announced on April 7, 2019, by President Russell M. Nelson at the closing session of the 189th Annual General Conference. Tonga is the country with the highest percentage of Latter-day Saints in the world. Of the 108,000 people in Tonga, 65,500 are members of the Church. Neiafu is located on the island of Vava'u on the northern side of Tonga. Travel from Neiafu to the Nuku'alofa Tonga Temple requires either a 90-minute flight or an overnight ferry ride. There are four stakes operating on the island of Vava'u.3

The Neiafu Tonga Temple will be the second temple built in Tonga following the Nuku'alofa Tonga Temple (1983).

"No jot, iota, or tittle of the temple rites is otherwise than uplifting and sanctifying. In every detail the endowment ceremony contributes to covenants of morality of life, consecration of person to high ideals, devotion to truth, patriotism to nation, and allegiance to God."
—James E. Talmage