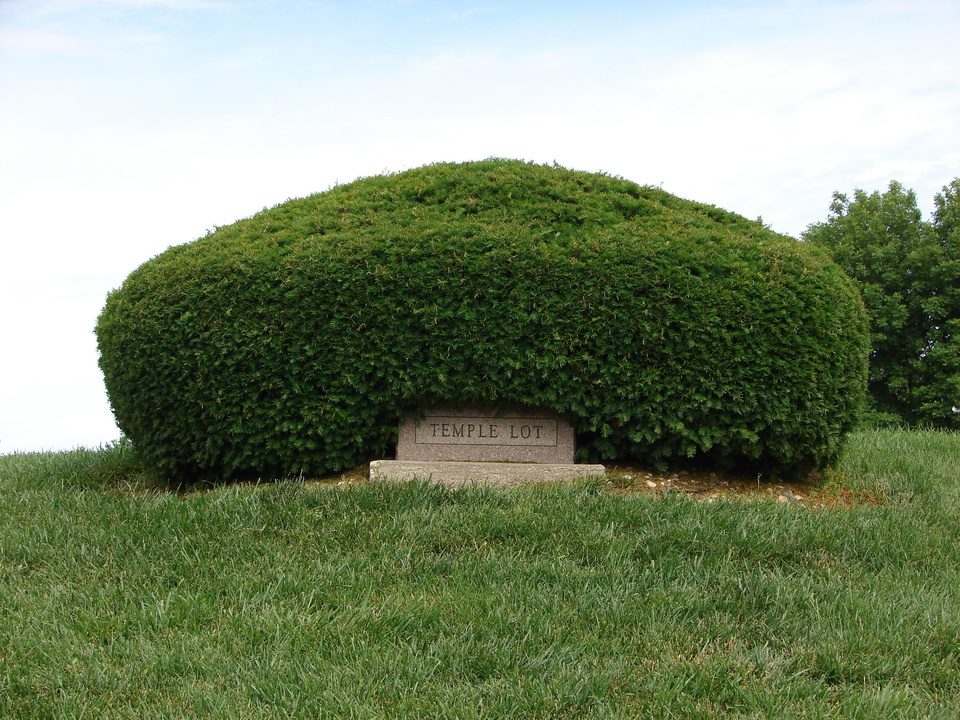 The site of the Independence Temple, or Temple Lot (questions and answers) is located southwest of the intersection of Lexington Street and River Boulevard in Independence, Missouri. On site is the headquarters of the Church of Christ. East and south of the Temple Lot are the Community of Christ Temple and Auditorium, respectively. And southeast of the Temple Lot on Walnut Street is the visitors' center of The Church of Jesus Christ of Latter-day Saints. Also on Walnut are the Missouri Independence Mission office and the stake center for the Independence Missouri Stake.

The Independence Temple was the first temple commanded to be built in this dispensation.

The Temple Lot is located in Jackson County—revealed to the Prophet Joseph Smith to be the location of the Garden of Eden. When Adam and Eve were driven out, they dwelt in Adam-ondi-Ahman.

In a revelation given on July 20, 1831, the Lord designated the location for the Independence Temple and declared Independence as the center place for the city of Zion.

On August 2, 1831, in obedience to a commandment received the day before, twelve men representing the twelve tribes of Israel assembled at a private location twelve miles west of Independence to consecrate the land for the gathering of the Saints and to symbolically lay the foundation for the city of Zion by solemnly placing the first log for a house.

Joseph Smith presided over the dedication of the Independence Temple site on August 3, 1831, and laid the northeast and southeast cornerstones (or corner markers).

Joseph Smith revealed his plan for the City of Zion in June 1833, which featured a complex of 24 temples in the center of a city with wide streets crossing at right angles.

A mob attacked the settlement of the Saints in Independence on July 20, 1833, destroying their press. Persecution increased in the ensuing months and by November, the Saints were forced to flee and locate temporarily in Clay County and then in Caldwell County where they established Far West.

The Church of Jesus Christ of Latter-day Saints began purchasing property in Independence in 1904, eventually acquiring nearly 20 of the original 63 acres.

In 1971, The Church of Jesus Christ of Latter-day Saints dedicated a visitors' center, which offers insight into the significance of the past and future of the area.

Prior to the Second Coming of Jesus Christ, a magnificent edifice—the New Jerusalem Temple—will be erected on the location of the Temple Lot.

"We can carry this Temple forward with our labor, without any burden to ourselves if our hearts are in the work, and we will be blessed abundantly in doing so. We will be better off in our temporal affairs when it is completed than when we commenced."
—Brigham Young