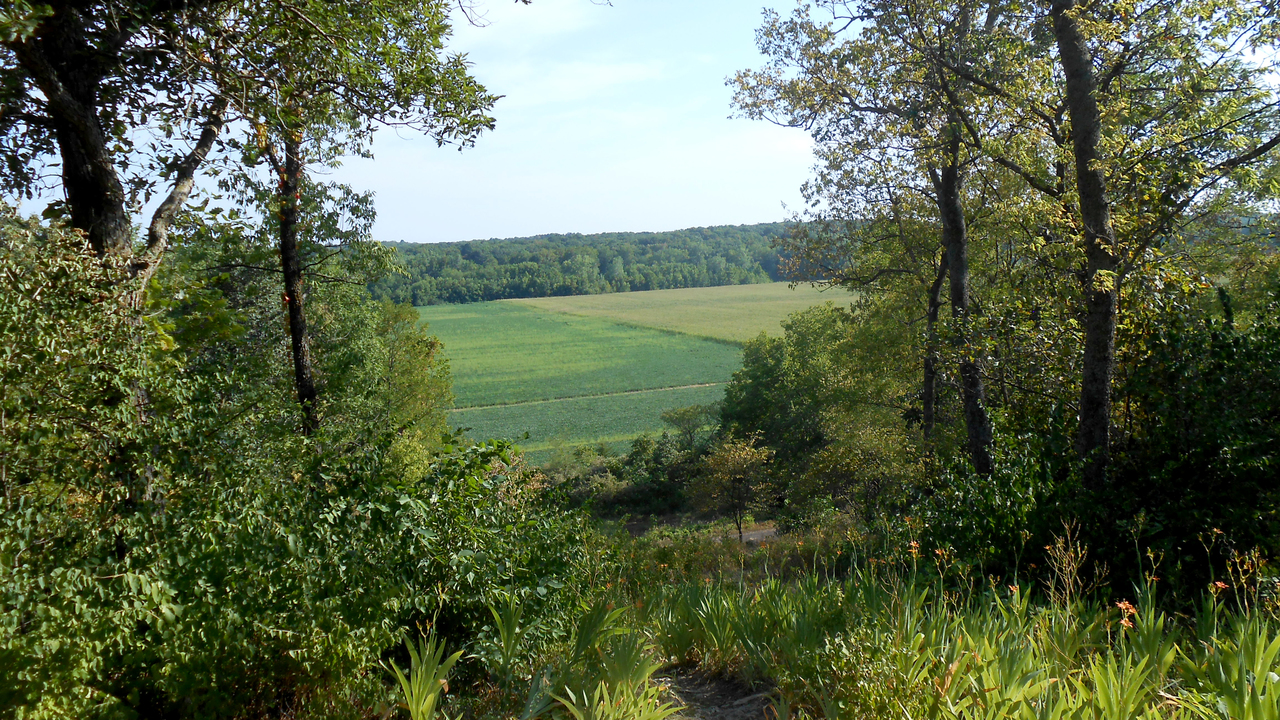 The beautiful site of Adam-ondi-Ahman lies at a bend in the Grand River in northern Missouri, about 70 miles north of Kansas City. On the highest elevation of Spring Hill, 124 feet above Grand River, a temple block was dedicated. No cornerstones were laid or temple constructed, however, as just days later, the Saints were ordered to leave the settlement. The Church has since acquired the site and much of the surrounding area, which is leased to local farmers.

The Adam-ondi-Ahman Temple was the third temple planned but never constructed by the early Saints in Missouri.

The name Adam-ondi-Ahman is an English rendition of a phrase from the pure Adamic language, which could possibly mean "Adam in the presence of God."

The valley of Adam-ondi-Ahman was revealed to Joseph Smith to be the place where Adam blessed his posterity after being driven from the Garden of Eden.

The first settlers of Adam-ondi-Ahman arrived in February 1838. By November 1838, the Saints had been delivered an ultimatum to leave Daviess County within 10 days.

Some evidence suggests that a public square—not a temple block—was dedicated in October 1838 at Adam-ondi-Ahman.

Adam-ondi-Ahman is the site of a future grand council where Jesus Christ will meet with His stewards of all dispensations and receive back the keys of the kingdom in preparation for His Second Coming. Only those called to the meeting will know of its occurrence.

On Saturday, September 1, 1838, the First Presidency made its way from Far West toward Littlefield's halfway house—about halfway between Adam-ondi-Aham and Far West—for the purpose of appointing a city of Zion. It was named the City of Seth in honor of Adam's son. The center of this city, which could have been the site of a public square and future temple, was never established due to the expulsion of the Saints from Missouri shortly after the city was appointed.